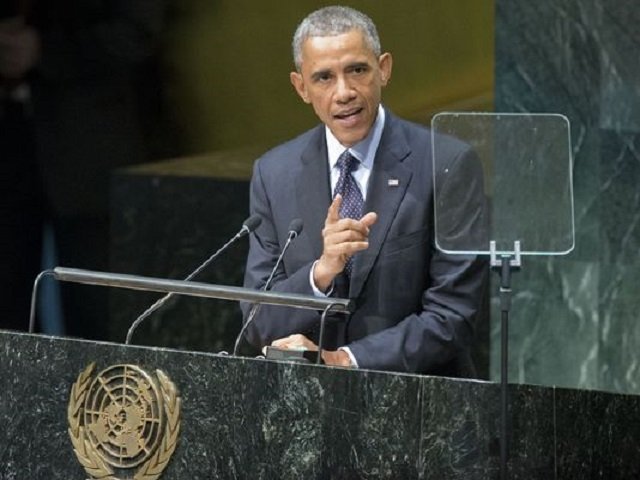 If you were one of the people lucky enough to hear President Barack Obama speak at the U.N. Monday morning, you would have noticed two things about his speech.

One is the use of wise and judicious words to shame countries and leaders into a reasonable behavior and two, his belief that his method is the right one after seven years of turmoil and violence the Middle East has never witnessed in modern times.

But who are we to judge? Right after his speech, Obama received a call from the psychopath Assad. TFS happened to be in the translation booth at the U.N. listening to the conversation.

Assad: “I just heard your speech Mr. President, and I must say it moved me.”

Obama: “Glad to hear it. What are you going to do about it?”

Assad: “I have decided that because of your words of wisdom, I am going to kick Putin out of Syria, kick Khamenei out of Syria, and surrender myself to the moderate Syrian opposition I convinced the world it does not exist.”

Obama: “This is good news Baschar”

Assad: “Not only that, I was hoping Asma and I can visit you to pay you respect. Of course, after I resign and help transition Syria into a peaceful terror-free country.”

Obama: “Of course. Are you going to stop bombing civilians?”

The world was watching history as Obama shames psychopath Assad into behaving.

Assad: “I already issued my orders to halt all barrel bombs attacks on children and women. No more killing civilians thanks to you and your enlightened words.”

Obama: “Michelle, Valerie, and I look forward to a hamburger and a beer with you and Asma then.”

Have you ever seen anything like it before? America no longer needs a standing army or even diplomats. All we need is just Barack Obama shaming every thug, criminal, and terrorist.