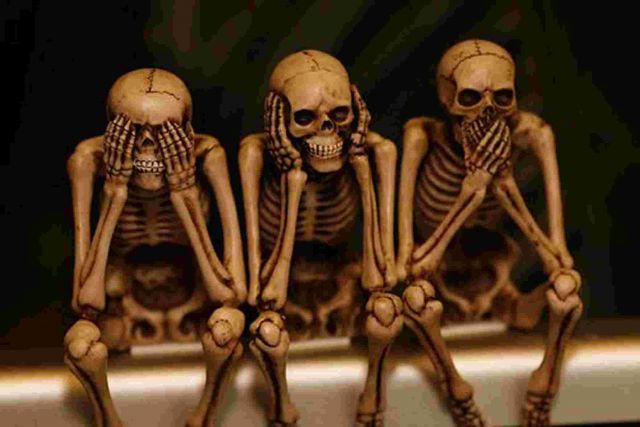 The slaughter in Syria and the awful human rights violations in Iran cannot be denied by the Obama administration, but they sure can be downplayed and ignored.

On the Iran point, consider the release yesterday, four months late, of the State Department’s annual human rights reports. The reports were presented by Secretary of State Kerry and Assistant Secretary for human rights Tom Malinowski.  The Iran report is tough. Here’s an excerpt:

The most significant human rights problems were severe restrictions on civil liberties, including the freedoms of assembly, speech, religion, and press; limitations on the citizens’ ability to change the government peacefully through free and fair elections; and disregard for the physical integrity of persons, whom authorities arbitrarily and unlawfully detained, tortured, or killed.

Other reported human rights problems included: disappearances; cruel, inhuman, or degrading treatment or punishment, including judicially sanctioned amputation and flogging; politically motivated violence and repression; harsh and life- threatening conditions in detention and prison facilities, with instances of deaths in custody; arbitrary arrest and lengthy pretrial detention, sometimes incommunicado; continued impunity of the security forces; denial of fair public trial, sometimes resulting in executions without due process; the lack of an independent judiciary; political prisoners and detainees; ineffective implementation of civil judicial procedures and remedies; arbitrary interference with privacy, family, home, and correspondence; severe restrictions on freedoms of speech (including via the internet) and press; harassment and arrest of journalists; censorship and media content restrictions; severe restrictions on academic freedom; severe restrictions on the freedoms of assembly and association; some restrictions on freedom of movement; official corruption and lack of government transparency; constraints on investigations by international and nongovernmental organizations (NGOs) into alleged violations of human rights; legal and societal discrimination and violence against women, ethnic and religious minorities, and lesbian, gay, bisexual, and transgender (LGBT) persons based on perceived sexual orientation and gender identity; incitement to anti-Semitism; trafficking in persons; and severe restrictions on the exercise of labor rights.

Iran is of course an important country, so how much of this did Kerry and Malinowski mention in their own opening remarks? Not a word. Not one. Kerry mentioned about ten countries and “the LGBTI community,” but not Iran. Malinowski mentioned about twenty countries, but not Iran (until pressed by reporters). Do we think this is accidental, that neither man mentioned Iran? How likely is that?

Yesterday also brought another superb analysis of events in Syria, and U.S. policy there, from Fred Hof of the Atlantic Council–once the administration’s lead man and “Special Adviser” on Syria.  It is entitled “Syria: Civilians Pay the Price.”  Hof quotes from the June 23 report of the Independent International Commission of Inquiry on the Syrian Arab Republic, foundhere. And here are the excerpts he quotes:

“ . . . the Government continues to direct attacks towards locations where civilians are likely to congregate, among them, bus stations, marketplaces, and bakeries.”

“In particular, the continuing use of barrel bombs in aerial campaigns against whole areas, rather than specific targets, is in violation of international humanitarian law and, as previously documented, amounts to the war crime of targeting civilians.”

“The larger strategy [of the regime] appears to be one of making life unbearable for civilians who remain inside armed-group controlled areas.”

“The previously documented pattern of attacks indicating that Government forces have deliberately targeted hospitals, medical units, and ambulances remains an entrenched feature of the conflict.”

“Government sieges are imposed in a coordinated manner . . . [I]n particular, Government forces have refused to allow aid deliveries of essential medicines and surgical supplies . . . [G]overnment authorities act in direct breach of binding international humanitarian law obligations to ensure that wounded and sick persons are collected and cared for, and to ensure the rapid and unimpeded passage of humanitarian relief.”

“Everyday decisions—whether to go visit a neighbor, to send your child to school, to step out to buy bread—have become, potentially, decisions about life and death. Large numbers of children have been killed in bombardments of their homes, schools, and playgrounds.”

One searches White House and State Department press conferences in vain for any systematic examination of this issue. Even though Russian leverage is as limited as its good intentions, one wonders how prominently civilian protection is featured in Secretary of State John Kerry’s periodic encounters with his Russian counterpart. Even though nuclear talks are important, one wonders if Tehran’s facilitation of Assad regime criminality arises at all in official US-Iranian exchanges. Has there been a systematic diplomatic campaign aimed at persuading Tehran and Moscow to oblige their client to respect pertinent United Nations Security Council resolutions? Is Iran being asked to force its client to stop barrel bombing and lift starvation sieges?

See no evil–once again. Iran’s role is systematically ignored or underplayed, because (as Hof puts it) “the administration has other fish to fry with Tehran.”  Namely, the nuclear deal.

This is disgraceful, as Hof states with restraint but with force:

The indelible stain that can mark the Obama legacy forever on this issue is nothing compared to the terror and suffering that can be mitigated if the president elects to try. Whether the motivation to act springs from legacy concerns, degrading and destroying ISIL, or profound revulsion over what is happening to children and their parents, is unimportant. The Iranians can negotiate while facilitating mass murder. No doubt, they can do so if the greatest power on earth pushes back a bit. President Obama should act now to protect Syrian civilians.

Or as he puts it more angrily, what do those who complain about this policy want? “They want…to persuade the President of the United States to give a damn about suffering, terrified human beings.”

Let’s stop protecting, ignoring, and downplaying the murderous role Iran is playing in Syria and the terrible human rights violations taking place in Iran itself.

Saving Assad will come back to haunt us one day
Ahmadinajead Visiting Lebanon, His Occupied Territories
The Paper Bag President
Slippery Barack Obama 976