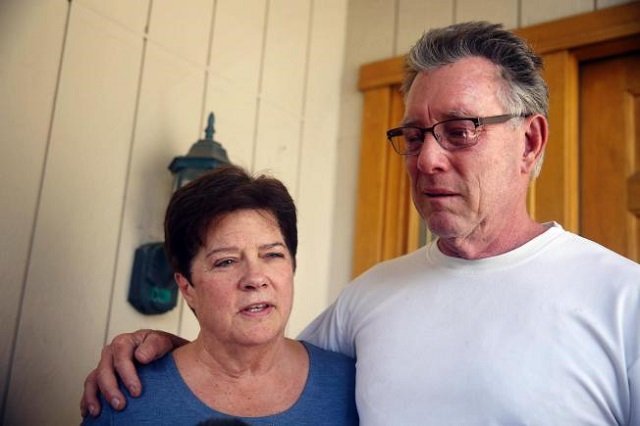 U.S. President Barack Obama on Saturday expressed his “deep condolences” in a phone call to Abu Dhabi Crown Prince and Deputy Supreme UAE Armed Forces Commander Sheikh Mohammad bin Zayed al-Nahyan over the deaths of 45 UAE soldiers killed in Yemen the day before, the White House said in a statement.

“The thoughts and prayers of the American people are with the people of the UAE and with the families of the fallen,” the White House statement added.

Obama offers condolences to UAE with regard to its dead soldiers, but he never offered condolences to the parents of a U.S. citizen named Kate Steinle who died at the hands of an illegal immigrant felon. Why do you think this is so? Just for Barack Obama to get his Iran Deal approved by Gulf Arab countries. It is all about Barack Obama. No one else matters.

For those of you unfamiliar with the fate of Kate Steinle, on July 1, 2015, an illegal immigrant who was let loose by the City of San Francisco, even though he had committed several felonies in the past, shot and killed 32-year old Kathryn Steinle as she strolled with her father on Pier 14 of the Embarcadero district in San Francisco. Steinle died ina hospital two hours later.

The 45 soldiers Obama felt sorry for were killed when Houthi militias fired a missile at arms depot at a military base in Yemen’s eastern province of Marib, the UAE’s state news agency WAM reported. 10 Saudi soldiers, as well as 5 from Bahrain, were also killed in the attack.

Saudi Arabia, the UAE and Bahrain are three key members of the Arab-led coalition seeking to restore the internationally-recognized government of Yemeni President Abdrabbu Mansour Hadi to power.

This is how twisted the priorities of Barack Obama are. He will offer solace to foreign leaders and ignore his own citizens.

In fact, Obama reminds us much of Baschar al-Assad who ignores the killing of his own people while paying homage to Hezbollah terrorists.