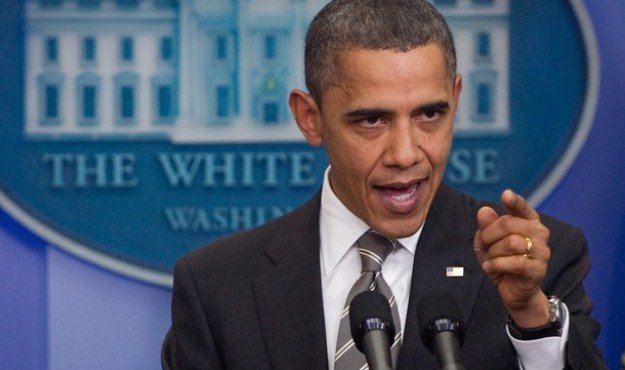 In response to PM Netanyahu winning a landslide victory in the Israeli elections, our president Barack Obama turned his congratulatory call into another exercise in intimidation and threats. During the 30-minute-call, two Israeli channels reported that Obama threatened Netanyahu that the US is about to abandon Israel to the mercy of the United Nations.

Folks, we are watching Barack Obama gets smaller by the day. A sorrow sight indeed.

When the two leaders of two free and allied nations disagree on a certain course, it is uncommon for one to threaten and intimidate the other over their disagreements. Unless one such leader is Barack Obama, a rootless man who hardly belongs in the White House had it not been for the economic and political meltdown America experienced in 2007 and 2008. Obama, during any other time, would have remained an anarchist, third-rate Senator for the rest of his life.

Those on the left will tell you that Barack Obama loves Israel. Yup, he loves it so much, he is throwing it to the wolves of the United Nations just because he disagrees, policy-wise, with her newly, quattro re-elected, prime minister. Honestly, I would take a devil’s hug any day than the ugly love of Barack Obama; especially, as Obama gets smaller by the day.

The Israeli people know who Obama is. Hell, they voted for Netanyahu in droves, did they not? Don’t tell me that some did not practice that right to poke our president. Israelis can feel danger in their sleep. Their DNA can smell an anti-Semite a mile away.

Not to worry though. Israel, as a democracy, has many friends in Washington. For example, Senator Lindsey Graham threatened to cut off the hundreds of millions the United Nations gets annually courtesy of our tax dollars if Obama circumvents Congress and attempts to lift the sanctions against Iran using the UN to do so. Bravo Graham. Someone is standing-up to the bullying of Barack Obama.

As an Arab and a Muslim watching terror and extremism become the norm in the region thanks to Barack Obama, Israel represents the last bastion of hope. If Israel can survive Obama, the region will eventually survive the chaos he sowed. My stake is in seeing my Arab heritage survive the Barack Obama era of terror.