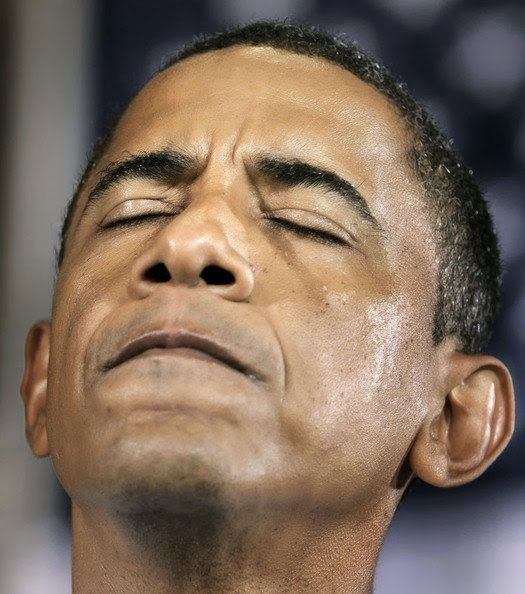 Obama is capable of ordering an attack against Israel

Do you think there is a correlation between the threats Obama’s White House has leveled against Prime Minister Benjamin Netanyahu and the rockets that hit the Golan Heights couple of days ago?

Better yet, do you think Barack Obama is capable of ordering an attack against Israel with help from Iran?

You bet your life he is.

A heartless man who hits the golf course 6 minutes after eulogizing James Foley is capable of ordering such an attack.

A heartless man who watches on the sidelines Assad gas his own people is capable of ordering such an attack.

A heartless man who ignores Iranian IRGC snipers targeting the uteri of Syrian pregnant women is ordering such an attack.

Barack Obama is that angry fatherless man. Hateful of anything Jewish and everything that is pro-America. Just as his father Hussein taught him, and Valerie Jarrett filled his head.

People blame Obama because he has no strategy to defeat ISIS. Do you really think he wants to defeat ISIS? Of course not. He wants to contain ISIS and weaken it just enough so that Iran can come to the rescue later to proxy the terror organization, now a household brand name of fear, to attack its enemies mainly Israel and Saudi Arabia.

Obama is helping Iran command its control over ISIS the way it commands Hamas, al-Qaeda, and Hezbollah. Period.

Iran takes over Yemen and not a word from Obama. Nada. Zilch. It is as if saying something might mean U.S. boots on the ground when it could not be further from the truth. Why the silence? It helps Iran fill the vacuum he is intentionally leaving her to fill. Why? To threaten Israel.

For heaven’s sake, Iran killed over 4,000 of our troops in Iraq and Obama has allied himself with this state of terror for one goal: To threaten Israel.

If Obama wanted the US out of the region, he would not be managing, like a traffic cop, the Syrian civil war. He really thinks we must be stupid and ignorant of what his ultimate goal is.

If it were not for Abdul Fattah El-Sisi, President of Egypt, Israel would be surrounded on all sides by its worst enemies. Courtesy of Barack Obama.

Do you think Obama is capable of ordering an attack against Israel? You bet your life I do.

Do we have a President or a gangster in the White House?

To the Israeli people I say, tighten your seat belts, circle your wagons, and hope that Obama is not stupid enough to ask Iran to attack without believing there would be consequences down the road with regard to uncovering the truth.

If we do not call Barack Obama for his immaturity, his anger, and his twisted hate, he might actually order an attack. Remember that people like myself who grew up in the Middle East can smell what an Obama is capable of a mile away. It is up to us to hedge our risks by accusing him of that capability in the open.

Whether he applies it or not.

Please distribute widely in the hope that if enough people read it, Obama might know that we are onto him.

Obama is capable of ordering an attack against Israel