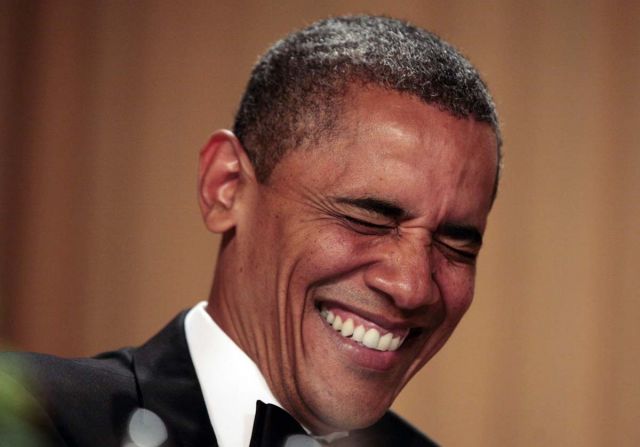 June 5, 2015 8:37 am 0
Western Inaction Over Assad’s Barrel Bombs Is Unacceptable
Assad barbarism as described in the New York Times
Worst US President ever

To understand Obama’s foreign policy in the Middle East, you need to read two articles.

One article written by Natasha Bertrand and Michael B. Kelly details his single obsession with an Iran deal that assists Iran to eventually obtain its nuclear bomb, and the other article written by John Hannah details his admiration for the Mullahs and their terror tactics including the use of proxies to terrorize.

Everything else or anyone else matters little to Barack Obama. It is all about helping Iran achieve its hegemony over the region. Obama believes only Iran should have the bomb.

Obama could care less about Israel no matter the crocodile tears you see pouring out of his face. If he could watch 300,000 Syrians die and not lift a finger to save them just to have his Iran deal, you can bet your grandmother wedding dress he is able to watch Iran kill 300,000 Jews and not lift a finger either.

Other than the structure in place today with the U.S. Senate to stop a bad Iran deal, no one is able to stop Barack Obama except Saudi Arabia. If the Senate fails to block Obama from signing a bad deal, all Saudi Arabia has to do is announce it will arm itself with a nuclear device if the Iran deal is signed to derail Obama’s plans. The US-Iran deal immediately becomes a matter of cost/benefit analysis instead of Obama’s admiration for Iran.

Will King Salman have the toughness and the courage to go up against Barack Obama? We believe he does. We believe the al-Sauds will not bow to Obama’s pressure nor his desire to cluster Iran over the region.

Obama is playing Chicago politics by pressuring Pakistan already over a Saudi possibility it may acquire an “off-the-shelf” Pakistani nuclear bomb. While such noble endeavor should be applauded under normal circumstances, we should be quite skeptical of such tactics when Obama is easing Iran into a nuclear power. We believe Obama believes only Iran should have the bomb.

Saudi Arabia should be ready to announce its intentions come June 30. Any announcement, no matter who, what, how, or when, by the Kingdom that it intends to parallel Iranian nuclear activities would kill Obama’s bad deal.

A US-Iran deal is tantamount to Obama spreading Iranian terror in the region; this would be far more dangerous than making speeches that launched the Arab Spring. Obama believes only Iran should have the bomb to achieve his goal.

Obama wants the region to break apart and for Iran to stand over the pieces. No more U.S. allies, just one enemy so powerful that the U.S. would deem it too dangerous to return to the Middle East. This is why Obama believes only Iran should have the bomb.