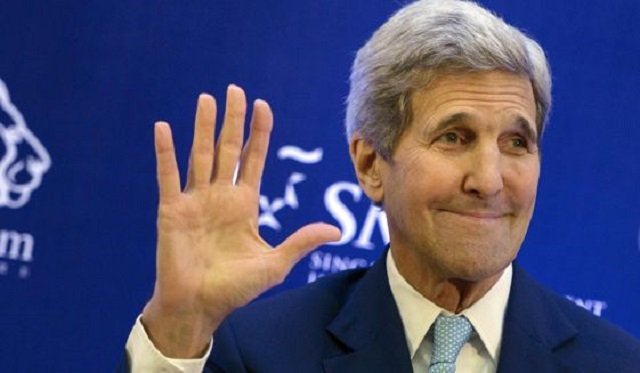 A group of former top military officials and intelligence analysts released a new report Wednesday concluding that the nuclear deal with Iran will threaten American interests and increase the probability of military conflict in the Middle East.

In its report, the Iran Strategy Council wrote that the nuclear deal, called the Joint Comprehensive Plan of Action (JCPOA), “will enable Iran to increase support for terrorist and insurgent proxies, aggravate sectarian conflict and trigger both nuclear and conventional proliferation cascades.”

In its report, the council argued that the deal is not an alternative to war with Iran, as many of its supports have claimed, but would actually make war more likely.

“Contrary to the false choice between support for the JCPOA and military confrontation, the agreement increases both the probability and danger of hostilities with Iran,” the report noted. “Given the deleterious strategic consequences to the United States, implementation of the JCPOA will demand increased political and military engagement in the Middle East that carries significantly greater risks and costs relative to current planning assumptions.”

The Iran Strategy Council was commissioned by the Jewish Institute of National Security to educate Americans on the consequences of the Iran nuclear deal.

The report comes as Senate Democrats on Wednesday gained the final crucial vote needed to block a resolution from opponents of the deal, with Democratic Sen. Barbara Mikulski of Maryland becoming the 34th vote in favor of the agreement.

The backing from Ms. Mikulski gives supporters the margin they need to uphold a veto from President Obama of a congressional resolution to disapprove the deal, should Republicans pass such a measure later this month.