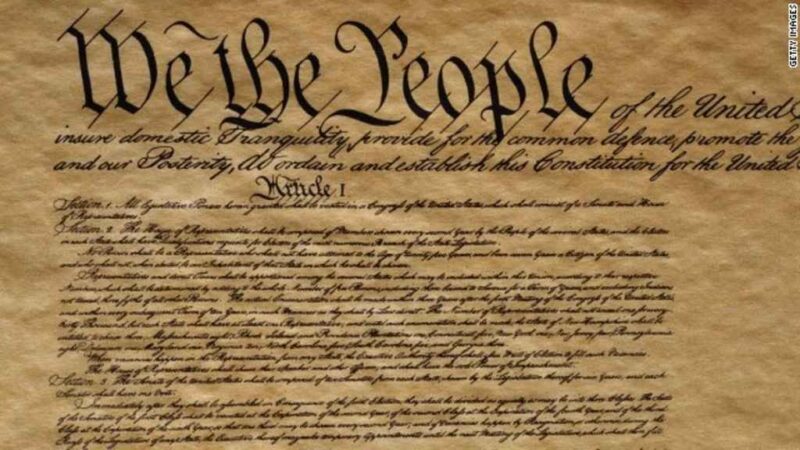 NSA Should Collect the Evidence of a Trump Political Coup

The world knows, after the revelations of Edward Snowden, that the United States is one big massive operation of information collection on every American across the globe. Well, maybe the NSA should put to good use that information. Maybe the NSA should collect the evidence necessary demonstrating that GOP politicians, political operatives, lawyers, and Trump himself and his family have concocted a coup to subvert US democracy. If this is not illegal and subject to persecution, we are lost as a nation. Any two-bits lawyer, or Governor can and might subvert future elections every time it does not go their way.

The Justice Department, with help from the NSA, should put a stop to the Trump circus bringing down the country’s election process down to its knees. What is the use of collecting so much information if both institutions cannot use it to protect US democracy. If this means prosecuting the elites themselves, so be it. Politicians cannot write just laws if these laws do not reach them.

Are we the only ones to see what a dangerous game these Republicans are playing with the country’s very existential future? The Secessionists have clearly hijacked Lincoln’s Party

In its heart, the SCOTUS Texas lawsuit was an attempt to steal the elections by annulling the results in four crucial states that President-elect Joe Biden has won. There is no basis for such a lawsuit. Pennsylvania, Georgia, Wisconsin, and Michigan wrote in their blistering response brief to the Supreme Court that every concerned citizen should read:

Texas’s effort to get this Court to pick the next President has no basis in law or fact. The Court should not abide this seditious abuse of the judicial process, and should send a clear and unmistakable signal that such abuse must never be replicated.

The Supreme Court killed that effort promptly. Just imagine the consequences going forward if it did not.

The new Attorney General should prosecute Ken Paxton, the Attorney General of the State of Texas, for using the law to subvert our democracy. And so should all GOP House Members and Senators playing this dangerous game of overturning the results of an election. Are we the only ones to see what a dangerous game these Republicans are playing with the country’s very existential future? The Secessionists have clearly hijacked Lincoln’s Party. There is no United States of America if our elections are subject to political coups. Legal or not. It is the beginning of our end because the next one might not take the legal route.

Unless we prosecute the leaders of this trend, to start with the private citizen Donald Trump, kiss our democracy goodbye. Behind this dangerous men stand 75 million mostly uninformed Americans with hundreds of millions of weapons they would be willing to use in the streets of every city. Think Rittenhouse multiplied by few millions.

While all this turmoil swirling around us, Joe Biden keeps going as if nothing is happening. Not a word about the subversion that the GOP is perpetrating. This is how the “wimpy” label starts and sticks.

Biden should take to the podium and insinuate that the Justice Department has the right to look into all these subversive activities once he is sworn as the 46th President. Someone needs to sound the alarm because it seems we are in the midst of a “one flew over the cuckoo’s nest” GOP moment in American history.

Speak up Biden. Don’t emulate the timid and wimpy Barack Obama. These Congressmen and Senators you are courting are stabbing you in the back while you play nice. Haul a dozen of them to jail if you want to save the American experience. We believe the NSA should collect the evidence necessary to prosecute the Republicans who backed the Texas lawsuit.

If Biden is unwilling, we must rely on our Intelligence and Military Institutions to save our democracy. They should be turning the screws on Trump and family the moment he leaves office. Today, it is Trump who is subverting our democracy, tomorrow it would be any US President. The precedent has been set in the stone of cold reality.

NSA Should Collect the Evidence of a Trump Political Coup