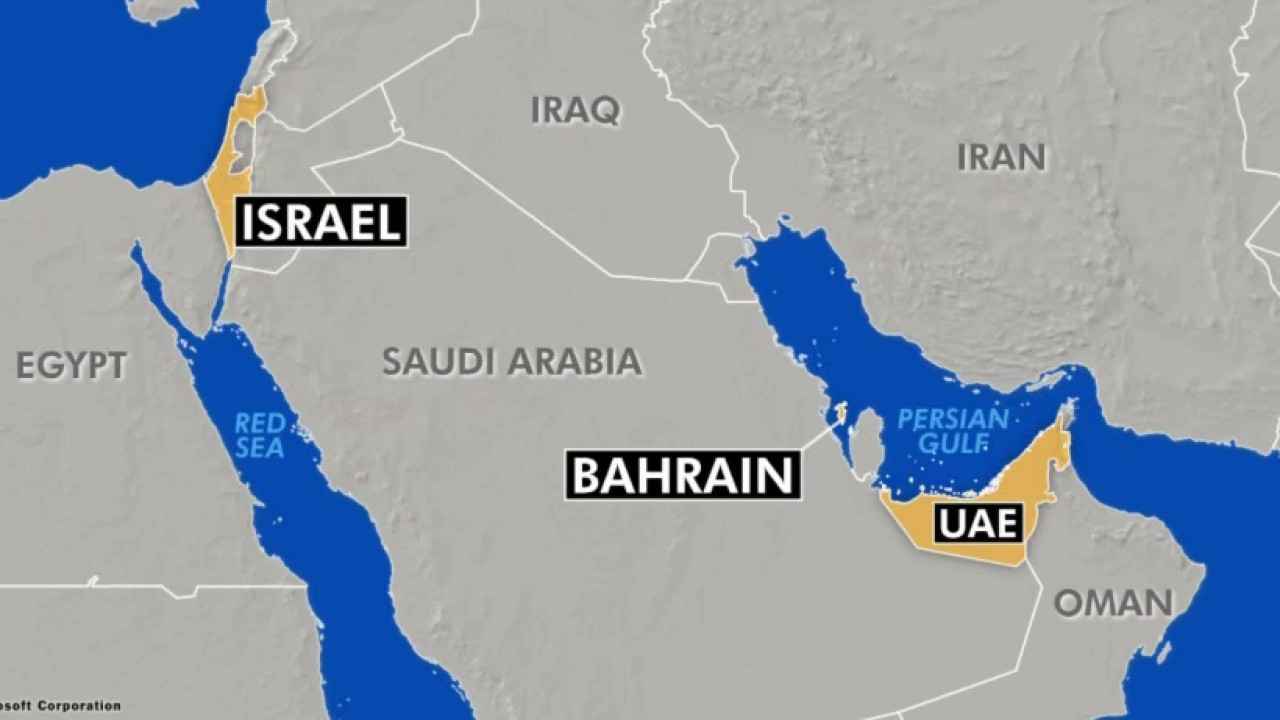 September 14, 2020 5:20 pm 0
Iran Digging Deepest Grave Yet in Syria
Iran is a Religion and not a Country
Arab Nationalism is Revolting Against Foreign Religious Loyalties

An enemy country bordering another is far more a strategic threat than countries that share no borders. For Israel, peace with Egypt, Jordan, Syria, or Lebanon are more impactful than with any other Arab country. However, normalization with Gulf countries builds Israel a military bridge to Tehran.

Peace with Egypt and Jordan is a full-fledged marriage. Not so with UAE, which one might describe as an engagement of convenience or a temporary military necessity. Economically speaking though, the jury is still out on how much flexibility UAE businesses will show dealing directly with Israeli companies.

After UAE, Bahrain, a small island Gulf kingdom, expressed a desire to normalize relations with Israel. Bahrain never posed any danger to Israel but its battle to survive Iranian terror and occupation led to its decision. The Ayatollahs’ terror in Tehran, for what it’s worth, has miraculously achieved the unachievable. It united Sunni Arabs and Jews to confront Iran.

The distance between Israel and Iran dictates that military planners build military bridges to reach an enemy country. For its part, Iran has already built all the bridges it needs to threaten Israel represented by unparalleled influence of the Iraqi Government, full occupation of Syria, and total control, via Hezbollah, of Lebanon.

Israel, on the other hand, is late to the game. And although the public is not privy to the terms of any of the super-secret normalization agreements, there is no doubt that open skies, weapon storage, and logistical support are part of those agreements Israel is signing with UAE and now Bahrain.

An unfettered access to UAE and Bahraini skies, combined with high-tech gear like the F-35 fighter jets, is a clear signal to Tehran that Israel can also bomb its cities. Up until the UAE normalization, Israel had no access to strike Iranian cities should Iran become more aggressive.

In other words, Israel is building its own virtual military bridges to one day strike anywhere in Iran if necessary. Israel is changing the rules of the game by forcing Iran to turn inward for weaknesses in its defensive postures and shield.

The Ayatollahs cannot but pay attention to these new developments. In addition to their own people seeking freedom from their terror, now the religious extremists ruling Iran must also consider the implications of Israel reaching their cities. And that is the main purpose of the Gulf-Israeli normalizations we see happen today.

TRUMP TAKES CREDIT WHEN IRAN SHOULD

In a tweet, President Trump announced the normalization after he spoke by phone to Bahrain’s King Hamad bin Isa Al Khalifa and Israeli Prime Minister Benjamin Netanyahu. This was not an unusual move because Trump believes everything that happens under his watch is of his own making. Just as he boasted to Bob Woodward that he built a secret nuclear weapon.

Never mind the fallout from his loose tongue. In Trump’s world, he is the center, the gravitas, and the dark matter all combined in one damaged personality.

If it were not for Iranian threat and danger to the small Sheikdom turned Kingdom, Trump would have never made that announcement. He had nothing to do with its origination nor drive. If anyone should take the credit, it should be the Ayatollahs in Tehran.

Iran has concentrated all its military strategic approach on building offensive missiles to reach all the way to Europe. It is not a country equipped to handle a major military offensive because of weaknesses in its defensive arsenal that would cost far too much money to acquire for a country its size to protect.

Nor does Iran have any meaningful air defense systems that could protect its cities from persistent attacks.

The Gulf-Israeli normalizations, therefore, have a grave military significance for Iran. Suddenly, one can see big holes in its armor that military planners are opportunistically exploiting.

Will Saudi Arabia be next to normalize with Israel? To become Trump’s big October surprise to regain his footing?

If so, what impact this may have on Iran seeing itself surrounded by hostile and assembling forces? One thing for sure, nothing is more important to the Ayatollahs than their own personal security and safety.

For that, they would be willing to jump up on the Koran long enough until its words become as insignificant as they are.