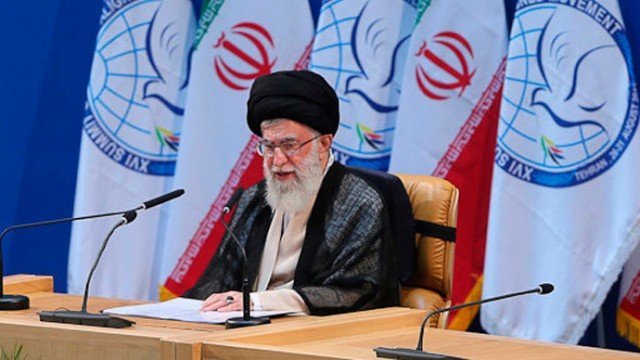 We all heard the term ‘Sunni Reconciliation’ before when it comes to the Iraqi Government working with its Sunni minority population to find an all encompassing suitable governing formula. One that ex-PM al-Maliki worked hard, with Iranian support, to dismiss and disrupt while the Obama Administration showered him with compliments.

The same way Iran is working with Assad in Syria to dismiss the political demands of the Sunni majority population by violently oppressing the Syrian people.

As long as Iran spreads terror in the region, there will never be a Sunni reconciliation with the Arab Shia playing the Iranian tune. ISIS occupying Ramadi is just another sign of Sunni reaction to Iranian terror and Barack Obama’s policies in the Middle East. Obama’s failures stare at us, yet the U.S. media is still reluctant to hammer this president the way they hammered his predecessor.

Mr. Obama permits Assad to gas and barrel bomb Sunni women and children and the Iraqi Government to ignore its responsibilities towards all its citizens, yet expects Sunni extremism not to respond in kind against Iranian violence, bad influence, and sectarianism. This is how infantile Obama’s foreign policy has been.

There will be no Sunni reconciliation as long as Iran is spreading chaos and terror. Yesterday it was Mosul, today it is Ramadi. Yesterday it was Raqqa, today it is Idlib. Obama’s continued stubbornness to negotiate a nuclear deal with Iran without enforcing a behavioral change upon the violent Mullahs undermines the whole Middle East. Putin must be laughing his heart out watching Obama struggle.

Senator Lindsey Graham (R-SC) appeared on ‘CBS This Morning’ to make a bold statement that every American should hear. Graham’s foreign policy knowledge and understanding is unmatched by any other Republican with the exception of Rubio and Bush. We ought to heed his advice.

To the anchors at CBS, Graham said:

“… I am afraid that more American soldiers will die in Iraq, eventually in Syria, to protect our homeland”

The much need-to-see video below is the full interview.

Yes, we need to defeat ISIS and all the Sunni extremist tentacles; but it ain’t going to happen as long as the Obama Administration ignores Iranian terror. Why is this so hard to understand by presumably intelligent people is beyond comprehension.

How long before the Obama Administration grasps it? We have our doubts after almost seven years of foreign policy fiascos.

The Junior Varsity Team in the White House
Imagine Hitler instead of Churchill
How much more deception can you take from Barack Obama?
Slippery Barack Obama 976