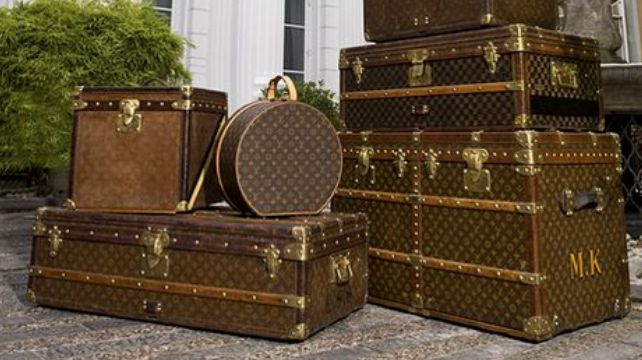 For those who liberated Iraq in 2003 and were witnesses to the exaggerated opulence of Saddam’s many Palaces strewn around the country, it will come as a shock to them of the number of Palaces Assad occupies, which some, according to foreign dignitaries who visited the Assads in their copious milieu, put Versailles to shame. However, when mortars land by the palace, it’s time for Asma Assad to Call Louis Vuitton.

Not far from these many palaces, Palestinians live in squalor conditions worthy of rats living in holes. The same Palestinians Assad claims has been fighting for all his life. Beyond the refugee camps, you will find the majority of the disfranchised and disinherited Syrians whose living conditions are one notch above those of the Palestinians. Who said Revolutions start because of unreal social chasms?

In Damascus, Assad lives in a Palace his father dubbed the People’s Palace, a misnomer to say the least, situated over the edge of the Qasioun Mountain overlooking Damascus just as the Statue of The Redeemer overlooks Rio de Janeiro in Brazil. One can say that both overlook the cacophony of miserable existence, except that the Redeemer died for the sins of the people and the Embalmer refuses to die for the sins he continues to commit against the people.

I am told by a good source that a maze of tunnels have been dug under the People’s Palace just in case Assad needs to escape his landlord for unpaid dues.

This morning, several mortars landed not too far from the People’s Palace, which begs the question: Does Louis Vuitton manufacture enough luggage to fit all of Asma’s shoes and bags? When mortars land, it’s time to call Louis Vuitton.

In Damascus, Assad also occupies several apartments in plush Abu Rumaneh and al-Maliki districts, some near Western embassy compounds. This is Assad’s way of telling the people he is one of them to show his humble roots. Never mind that he never visits or lives in these apartments. The propaganda is worth the effort.

The Assads, over the years, have built a Palace in every large city in every province in Syria. Sometimes two or more palaces as is the case of the People’s Palace and the Zabadani Palace in the Damascus region. All the Palaces overlook something or someone, just as a reminder that fear lives across your home and across your work. In Zabadani, for example, the Palace is located on the edge of a mountain overlooking most of the town.

Zabadani happens to be an important city for me because this is where I was beaten senseless by Assad’s security men in 1971.

In the Sahel region, the Assads have built a Palace in Tartous, a Palace in Banias, a Palace in Latakya, and a Palace in Qurdaha. In addition, there are many smaller venues the Assads have built to hide from the public’s view, including a large villa in the mountainous area east of Latakya with an elaborate tunnel system. My sense is that the Latakya Palace may house an underground Command and Control Center to include access to the missile firing systems. I am basing the last item on logic, not any intelligence.

If I have to guess how many Palaces Assad occupies in Syria, I would put the number at about 20 to 25 Palaces in total. All of them owned by the people as per Assad’s claim, but none of them occupied by the people.

Soon enough, they will be.