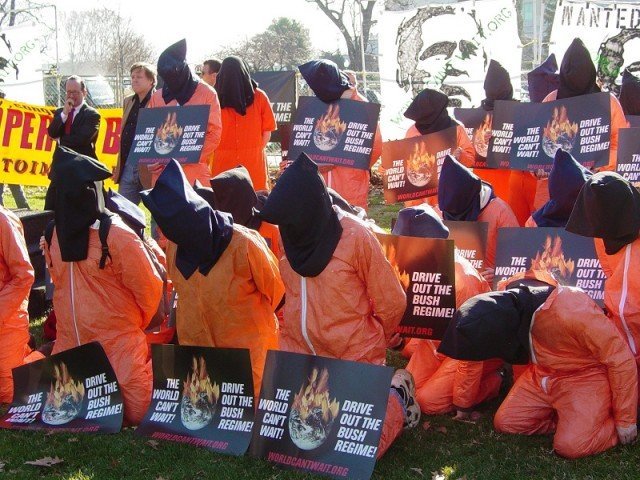 November 15, 2014 8:49 am 0
Saudi spy chief says Riyadh to ‘shift away from U.S.’ over Syria, Iran
Intellectual Alawites Issued a Statement Condemning Assad
How the UN Let Assad Edit the Truth of Syria’s War

It is said that hope and greed drive human behavior. What quenches the thirst of both are sensible governments in the service of their own people.

From the beginning of his rule, Hafez al-Assad invited extremist Palestinian terrorists to make Damascus their home. We tolerated Hafez al-Assad Middle East terror the same way we are tolerating Cuba on our doorsteps. It is just part of the Cold War game rules.

Israel was mostly left to fend for herself in the midst of rising Middle East terror fed by Hafez al-Assad and behind him the Soviet Union. When the latter collapsed, Iran quickly filled the vacuum by deploying Hezbollah and religion as a weapon of Middle East terror. Even today, Assad son continues the legacy of his father by supporting Hamas even though his own problems are insurmountable. .

In the US, we paid serious attention to al-Qaeda and Middle East terror only post 9/11. We fought it with vigor and bravery; however, the results have been dismal because responding to Middle East terror has been with weapons instead of taking advantage of human nature and behavior.

When you construct an economic map of the Middle East, the numbers that would be glaring at you are those demonstrating how finite the concentration of wealth is across the whole area. While the Soviet Union addressed American influence in the region with anarchy, the US ignored what fed anarchy and destabilization.

Rural regions of the Middle East suffer from extreme poverty, and when youths move to the cities abandoning their tribal roots, they find it equally as hard to make a decent living. The system, simply, is not framed to provide opportunities for the increased number of youths suffering from economic deprivation. The Middle East basks in intolerable corruption and cronyism that one day will shock us all. If you think that Bill Gates is the richest man in the world, think again.

The Syrian civil war began partially because Assad son exposed the excesses of the wealth his father accumulated through Middle East terror and intimidation. His wife, Asma al-Assad, was sporting her $5,000 shoes on Facebook while the average Syrian struggled to feed his family properly. Those excesses ignited a sense of outrage among Syria’s large youth population (Median age stands at 22.1 years). Under Assad father, austerity played a role in muzzling discontent.

After the liberation of Libya from Qaddafi, an official with access to the White House asked me to present a study to begin a new page in Libya’s history using economic opportunities as a counterterrorism measure and a springboard to begin the process of absorbing the anger and restlessness of Libya’s youth. It was not an elaborate study heavy on resources, but rather an idea to test, vigorously, a new method to combat Middle East terror.

It went nowhere because it encouraged some radical changes in the status quo of diplomatic exchanges and a new approach to enforcing differing rules of engagement upon some of the Arab rulers in the Middle East. Because they need our protection, I believe the US should dictate a price for that protection in the form of profound economic and societal shifts to encourage building infrastructures providing capital and capitalist opportunities in impoverished rural regions. The US, unfortunately, seeks nothing in return. Furthermore, Arab rulers have this habit of providing mostly handouts to tribal Sheiks to absorb antagonism, which goes in their pockets and deprives their people from climbing the social ladder of success.

The one paragraph to describe the study would be to develop economic centers, micro-banking, and business education in rural areas along with building industrial complexes as urbanization centers. Saudi Arabia built the city of Yanbu from scratch (It offers only jobs, but no serious entrepreneurial opportunities); such should be the model for every populated rural region to provide the capitalist opportunities so successful in our system of government. How could we expect 50 million shoeless Egyptians not to support the Muslim Brotherhood fooling them with their empty promises for a better life?

The economic deprivation of the Arab youths is leading to Middle East terror in a multi-step process that begins with discontent. Because the Middle East terror has not abetted, it is time to re-invent the region slowly to meet the needs of its 350m people.

There are those who will argue against this approach based on intelligence gathered to indicate that middle class and wealthy Arabs, in addition to religious zealots, are also a source of Middle East terror. Let us not forget then that without the masses sympathizing, out of despair, with their causes eventually both groups may find themselves in a big echoless chamber. Why would a Muslim youth, hardly educated and able to afford to marry (Dowry system) earning a decent living risk it all for ideological reasons? Greed and hope my friends, that is why.

We failed to eradicate Middle East terror with the methods used, is it not time we take a different and more original approach? It will take a great American politician, a true capitalist, in addition to a mindset of renewal at our State Department (Yup, I can hear you laugh) to risk those changes. Just imagine the reward when historians attest to our US president as responsible, because of his/her vision, for beginning the process of eradicating Islamic and Middle East terror in general.

If President Lincoln could free slaves, why not free the slaves of the Middle East by establishing new rules of governance upon the deaf and the blind. It is, after all, about our interests and our national security.