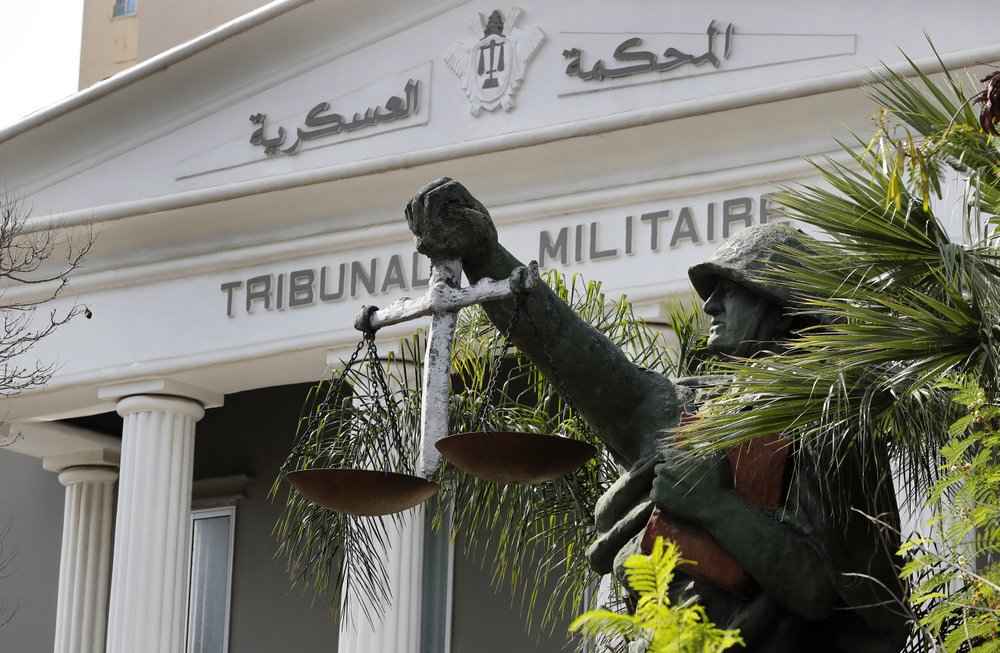 November 22, 2020 3:08 am 0
Jihadists Shot Down a Syrian Warplane
Turkey is Fully Engaged Militarily in War Against Assad
Massacre at a Bakery in Aleppo

Khaldoun Jaber was taking part in an anti-government protest near the presidential palace outside Beirut last November when several Lebanese intelligence officers in plainclothes approached and forcibly took him away. As if he lived in Syria. Lebanon’s President has but one big ambition Hezbollah is helping him achieve, which is to become Michel Aoun the little Assad of Lebanon.

The demonstration was part of a wave of protests sweeping Lebanon against corruption and misrule by a group of politicians who have monopolized power since the country’s civil war ended three decades ago. Politicans like Michel Aoun, Walid Jumblatt, Bassil Gibran, and Hassan Nasrallah, an agent for Iran leading Hezbollah.

Jaber didn’t know it then, but Lebanese security forces targeted him because of his social media posts criticizing President Michel Aoun. What followed were 48 harrowing hours of detention during which security officers interrogated him and subjected him to physical abuse.

I was beaten, harmed psychologically and morally. Three of my teeth were broken and I lost 70% of my hearing in my left ear. I am still traumatized.

A year after mass protests roiled Lebanon, Lebanon’s military courts are putting on trial dozens of protesters. These are proceedings that human rights lawyers say grossly violate due process and fail to investigate allegations of torture and abuse. Defendants tried before the military tribunal say the system is used to intimidate protesters and prop up Lebanon’s sectarian rulers.

The military courts are summoning around 90 civilians to the military justice system so far, according to Legal Agenda, a human rights group based in Beirut.

Ghida Frangieh, a lawyer with the group, said:

We expect many more people to be prosecuted.

The trials underscore the growing perils of activism in Lebanon, where a string of court cases and judicial investigations against journalists and critics has eroded the country’s reputation for free speech and tolerance in a largely autocratic Arab world. It all started when Michel Aoun began his term as President of Lebanon.

Justice Minister Marie-Claude Najm did not respond to a request for comment. Lebanese officials typically do not address the question of why the military courts are trying civilian cases. Security forces have denied beating and torturing protesters and activists in detention, which mirror the denials of security forces in Syria.

Frangieh said that security forces arrested around 1,200 people from the beginning of the anti-government uprising in October 2019 through the end of June. Lebanese authorities have prosecuted around 200 of them, including those referred to the military judiciary, the monitoring group has found.

MICHEL AOUN IS FLIPPING LEBANON INTO AN AUTOCRACY

Two months after his arrest, Jaber received an official notice saying military prosecutors were charging him with assaulting security forces at the Baabda Palace when the plainclothes agents detained him.

“I was shocked when I was called to the military tribunal,” Jaber said.

The trial did not take place until Oct. 7, when the military court declared Jaber innocent of assaulting security officers, which is a military crime under Lebanese law, but said it lacked jurisdiction over a second charge, that of insulting the president.

Like Jaber, many detained protesters only find out a month or more after their release that authorities have referred them to military courts. The military courts scheduled many of these cases for hearings this November and December, Frangieh said. Just before a two-week nationwide lockdown over the coronavirus pandemic temporarily closed the courts.

Jaber’s case is an example of how military prosecutors try to claim jurisdiction over civilian cases by usually filing more than one charge, including one that is a military crime, said Frangieh, who represents protesters before the military tribunal and is also part of the Lawyers’ Committee for Defense of Protesters.

There was no evidence. He was kidnapped during a protest, but he was actually targeted because of his social media posts that criticized the president.

The military prosecutor’s office closed, without investigation, a torture complaint that Jaber had submitted, she added.

GENERAL MICHEL AOUN IS USING THE MILITARY TO SUBDUE A NATION

According to Legal Agenda, the military courts usually issue summary decisions on the same day of the trial, without issuing an explanation.

“There’s really a lot of doubt about the fairness and arbitrariness of the decisions issued by the court,” she said, adding that when defendants are sentenced, the legal basis of the conviction is not immediately shared with their lawyers.

Military prosecutors often neglect to read the full case files prepared from military intelligence reports, or abruptly drop or change charges during trials, according to Frangieh and another lawyer with the committee representing protesters, Ayman Raad.

“Military courts have no business trying civilians,” said Aya Majzoub, a researcher with Human Rights Watch. The international rights group has called on Lebanon’s parliament to end the troubling practice by passing a law to entirely remove civilians from the military court’s jurisdiction.

The military court summoned Georges Abou Fadel for a military trial on Oct. 30, after his detention during a protest a year ago in the town of Beit Mery, east of Beirut. During his trial, the military prosecutor asked the judge for time to read the case report, then asked to change the charge against Abou Fadel from assaulting security forces to the lesser charge of nonviolently resisting arrest.

The court found him innocent but Abou Fadel said he wasn’t relieved, knowing there’ll be more trials “for my friends, for the people protesting, for anyone who is trying to call for his rights.”

MICHEL AOUN IS ABUSING HIS POWERS

Lawyers, rights activists and defendants describe the military tribunals’ prosecution of protesters and other civilians as another node in the web of Lebanon’s sectarian system that protects the power of its top politicians rather than the rights of citizens.

“This is one of the tools used by the sectarian parties,” said Abou Fadel — keeping their people loyal through fear of the military courts.

Reforming the Lebanese judicial system is “one of the most important demands” of the anti-government protesters, Raad said. To include ending military trials for civilians.

On Nov. 13, the military court fined Jad Al Rayess $132, 11 months after security forces detained him at a protest on Beirut’s Ring Road. The court has not yet released a statement with the charge for his conviction. Tantamount to a kangaroo court system.

The 32-year-old said that he plans to emigrate from Lebanon.