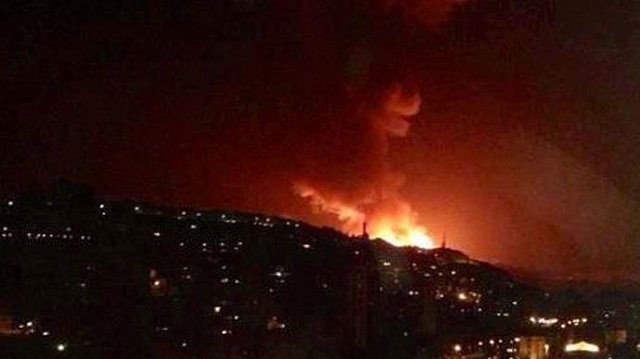 July 15, 2013 7:33 pm 0
Myths and Misconceptions About the Syrian Revolution
When we elect an ignorant president
US Policy in the ME: When Confronting a Virus, Build More Hospitals

On July 5, Latakiya, a coastal stronghold of the Assad regime, experienced a big explosion targeting Russian anti-Naval missiles. Few days ago, the information was leaked to CNN and the NY Times that it was an Israeli operation. We believe this was a leak to weaken Israel.

The officials, who declined to be identified because they were discussing intelligence reports, said the attack occurred July 5 near Latakia, Syria’s principal port city. The target was a type of missile called the Yakhont, they said.

This is not the first time anonymous leakers in the Obama Administration divulge information privy to the very few in Washington about Israeli activities against dangerous weapons the Assad regime is acquiring from Russia. What are the exact motives is anyone’s guess, but since this is Terror-Free Syria, here is what we think the leakers’ real motives were.

We think the leakers were the faceless people in the Obama Administration, or very close to it (Is that you Robert Malley?), who are intent on saving the Assad regime. They are behind his survival and behind the lack of policy on Syria. By leaking the information, they were hoping to freeze any future Israeli attacks against Assad as part of the scheme to save Assad’s skin and to peak his killing machine to survive the Syrian revolution that began in 2011.

Don’t hold your breath for Mr. Obama or Mr. Holder to investigate this leak or tap into the phones of the New York Times or the CNN. This kind of privileged treatment is strictly reserved to those media outlets that usually oppose Obama and his policies.