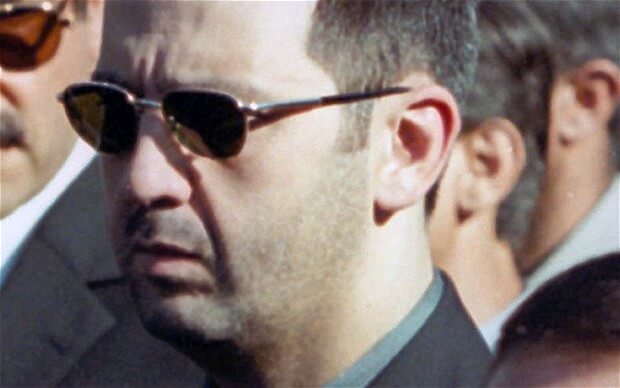 August 25, 2013 8:05 am 0
Will the Russians Kill Maher al-Assad?
What Does Assad Know to Publish Photographs of His Daughters?
The Children of Hafez al-Assad

Published in the Times of israel (Kill Maher al-Assad)

US Secretary of Defense Chuck Hagel said the US has prepared options for all contingencies in Syria.

“President Obama has asked the Defense Department to prepare options for all contingencies. We have done that and we are prepared to exercise whatever option — if he decides to employ one of those options,’

Personally, I think one essential option would be to target and kill Maher al-Assad for carrying out the gas attack of August 19 by the 155th Brigade in his 4th Army. The international law is on our side if the intelligence has the goods. Pursue him until he perishes and let his death become the symbol of what might happen to any violent mass murderer in the Middle East. Allowing Assad to survive would open the door for others to test with chemical weapons again because they know the will of those leaders, Responsible to Protect, is lacking when it comes to their own personal safety.

The region is a cauldron of violence as it is. Permitting mass murderers to adapt psychologically to new methods to massacre en masse will increase the violence exponentially and will open a new trade in Weapons of Mass Destruction the Middle East cannot afford. What Maher al-Assad has done is open a new chapter of violence against the innocent the same way Osama Bin Laden opened a new chapter of violence against the innocent of 9/11. Differentiating between the two based on who the innocent was would send the signal that terror is less important than its target.

Terror, in any form or shape, must be eradicated if we want to live in peace, especially in the Middle East, the exhausting neighborhood we all share.

Besides appeasing the masses and slowing the speed by which al-Qaeda is able to recruit, targeting Maher al-Assad would send a strong signal to Iran and Russia. One for thinking it can get away with mass murder using Maher al-Assad as a proxy (Syrians hold the Iranian Mullahs responsible for this act as much as we hold the Assads directly responsible), and the other for not containing its runaway murderous regime by dictating the tempo of Assad’s behavior. Mr. Obama has successfully prevented US allies from sending any sophisticated weapons to Syria, but Putin has failed to prevent the Assads from using chemical weapons against civilians. Mr. Obama is justified to pursue the best course to prevent another tragedy to include a drone attack against the terrorist Maher al-Assad.

After Maher, I believe NATO should dispatch Special Forces to Syria to target all the scientists who are responsible for safekeeping, mixing, and preparing the chemical weapons for use. As Iranian nuclear scientists were targeted, so should Syrian chemical scientists employed by Assad for committing mass atrocities. Now that Assad has used those chemicals, all bets are off and all contingencies should be on the table to include the decimation of the chemical Syrian program by any means possible.

Can you trust Assad will not turn these weapons on you in the future? It is not the target that matters, but the act itself.

When ex-President Morsi of Egypt called for Jihad in Syria, the act sealed his fate, not the target or the reasons. Condemning one violent Arab because he called for Jihad while permitting another who practiced Jihad with chemical weapons go scot-free erodes the moral authority of the international community. If those fighting terror lose that trust, they lose the authority to build a consensus, which means the ability to win over terror.

The act of exterminating people like cockroaches must not again become part of the political landscape within reach by extreme men of violence. Syria 2013 is Germany 1937 if we let Assad live to mass exterminate his people or others on a larger scale later.

Of Psychpaths and Cowards
The Children of Hafez al-Assad
Will the Russians Kill Maher al-Assad?
Syria 450