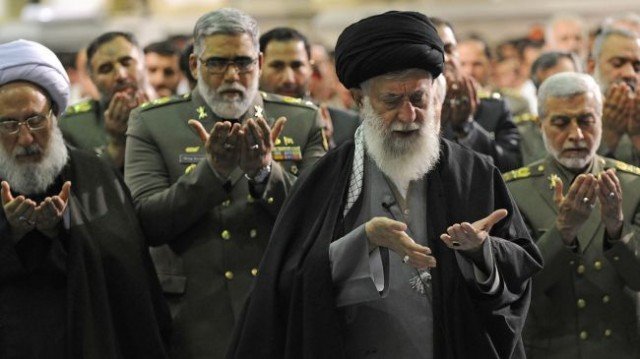 If you were lucky enough to be standing next to Ayatollah Ali Khamenei during his post November 24 Friday prayers, what do you think his prayer would say when he learns that Barack Obama has given Iran more time to build an atomic bomb?

Here is what I think the Khamenei Obama prayer words would be:

“Oh Mighty Allah, our nation is grateful to you for sending us Barack Obama without whom our Twelfth Mahdi could never rise out of the chaos and the destruction we are causing all around us. Barack Obama is giving us all the time we need to achieve our goal to build the ultimate weapon of destruction to accelerate the rise of the Mahdi and to destroy Israel and to kill as many Syrians and Jews as we can. Oh Great Allah, we are ever so grateful to You for this blessed weak fool. Amen”

After which, everyone would chant in unison “This blessed weak fool. Amen” to finish the Khamenei Obama prayer and seal their Friday prayer.