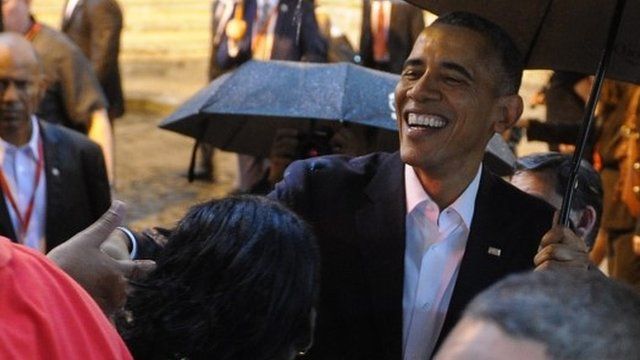 Obama wants you to keep cool about jihadist mass murder

March 23, 2016 9:17 am 0
We Will Never Forget
The Russians are Humiliating America Comfortably Because Americans Elected President Bambi
All arrows on Assad

Tuesday’s coordinated terrorist attacks in Brussels have left at least 30 people dead and more than 200 wounded, shut down the capital of Europe and raised security alarms from Frankfurt to London to New York. (See above.) So maybe it’s time we all get over our inordinate fear of Islamist terrorism.

Believe it or not, that’s the not-so-subliminal message we keep hearing from President Obama, even as he condemned the attacks during his visit to Cuba. “Obama frequently reminds his staff that terrorism takes far fewer lives in America than handguns, car accidents and falls in bathtubs do,” reports Jeffrey Goldberg in a lengthy profile of the President’s national-security thinking in the Atlantic magazine. Islamic State, Mr. Obama is quoted as telling adviser Valerie Jarrett, is “not coming here to chop our heads off.”

We wish we felt reassured. As Sohrab Ahmari notes nearby, there wasn’t a day in the last week when Islamists didn’t undertake a violent attack. That includes a shooting assault on a tourist resort in Ivory Coast that killed 16 people, and the bombing of a shopping district in Istanbul in which four people were killed, including two U.S. citizens.

“In 2014 the total number of deaths from terrorism increased by 80% when compared to the prior year,” reports the Institute for Economics and Peace (IEP) in its widely cited Global Terrorism Index. In absolute terms, that comes to 32,685 deaths from terrorism, up from 3,329 at the turn of the century. The economic cost, the IEP adds, is somewhere north of $52 billion, plus another $114 billion that various countries budget for counterterrorism efforts. Last we checked, nobody was spending that kind of money on bathtub safety.

It’s true that most terrorist attacks take place outside the West. But one reason the attacks in Brussels—or San Bernardino, or Paris, or Tel Aviv—are so troubling is that they are possible portents. If ISIS has no regrets about killing 130 people in Paris, they wouldn’t hesitate to murder many times that if they could. What’s missing isn’t intent but the means. That may change as they expand their network of sleeper cells and lone-wolf sympathizers in the West.

This is missing from Mr. Obama’s analysis, and it reminds us of pre-9/11 thinking. Take an op-ed by terrorism expert Larry C. Johnson, arguing that the data on terrorism didn’t justify the fears it generated. “Terrorism is not the biggest security challenge confronting the United States,” Mr. Johnson concluded, “and it should not be portrayed that way.” The article ran in the New York Times on July 10, 2001.

As Mr. Goldberg documents, Mr. Obama takes it as a point of pride that he isn’t consumed by terrorism. The President, Mr. Goldberg reports, “gets frustrated that terrorism keeps swamping his larger agenda”—the pivot to Asia, his efforts on climate change and, more recently, his opening to Cuba.

It’s not Mr. Obama’s fault that the mass murder in Brussels took place as he was courting a regime that, until recently, the State Department listed as a state sponsor of terrorism. As a matter of symbolism, however, the coincidence is inordinate.

Obama wants you to keep cool about jihadist mass murder