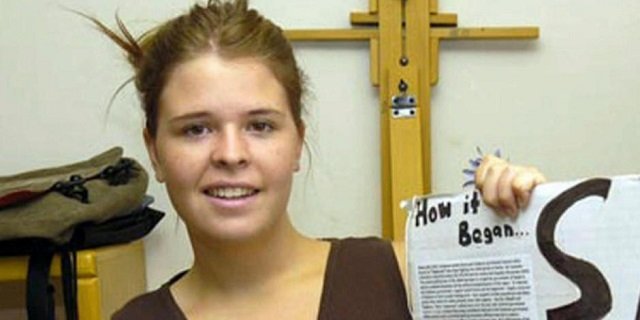 August 16, 2015 3:41 pm 0
To Defeat Assad, We Have to Defeat Obama
Michel Suleiman: Lebanon’s President or Syria’s Ambassador?
Only Sunnis Obama Stood Against Can Defeat ISIS

There is something quite sinister going on in how priorities are considered in the Obama Administration when it comes to the lives of Americans captured or kidnapped by our enemies.

The same can be said about saving Obama’s abandonment of Peter Kassig, James Foley, and Kayla Mueller. What has Obama done to save them before the ISIS terrorists had their way with them?

The same Obama’s abandonment holds true when it comes to Austin Tice. What is Obama doing today to save Austin from the clutches of the Assad regime? Nada, zip, zilch. Why? Because it may upset the Muslim extremists in Tehran Barack Obama is too eager to please. Because exerting real pressure against the Muslim fanatics to release Americans from their terror means Obama has to act with courage and exceptional leadership qualities that both are missing from this president.

Two days ago, we come to learn, based on U.S. intelligence, that American hostage Kayla Mueller was raped on several occasions by Abu Bakr al-Baghdadi the self-proclaimed caliphate of the Islamic State. Another case of Obama’s abandonment of Americans abroad.

There is not one American soldier who would not volunteer to extract American hostages from ISIS in Syria if asked to save the daughter or the sister of another American from certain death. Except Barack Obama who would volunteer to ignore them until they perish.

The tragedy of Kayla Muller lies in Obama’s abandonment of American hostages or prisoners to Islamists of extreme violence more out of his own choice than no choice at all. Obama could have saved Kayla Mueller the same way he killed Osama bin Laden. By sending our volunteer and highly-skilled special forces to extract her backed by an extraordinary show of force.

Furthermore, how difficult it would have been for this president to tell Iran, during the negotiations, that freeing the hostages will free you from our sanctions? Instead, he is releasing $150 billion to the Muslim extremists while four American prisoners languish in their horrific jails.

Does Obama inquire once in a while with the terrorists about the fate of those Americans, like Kayla Mueller, captured during his tenure? Of course he does. Just so he can say “I tried’. That is all folks.

We would like to see one historian justify Obama’s abandonment of Americans when his history is finally recorded and documented for the world to fully grasp what a terrible man Barack Obama is. His lack of compassion was best represented when he ignored the killing of Kate Steinle.

Shielding the Region from NATO
The Geneva II Trap
US Policy in the ME: When Confronting a Virus, Build More Hospitals
Syria 450

Loading...
Newer Post
Syrian defectors reveal horrors of life under Bashar al-Assad’s regime in reminder for West to ‘not just focus on fighting Isis’
Older Post
Syria is the Superbowl of Islamic Fanatics