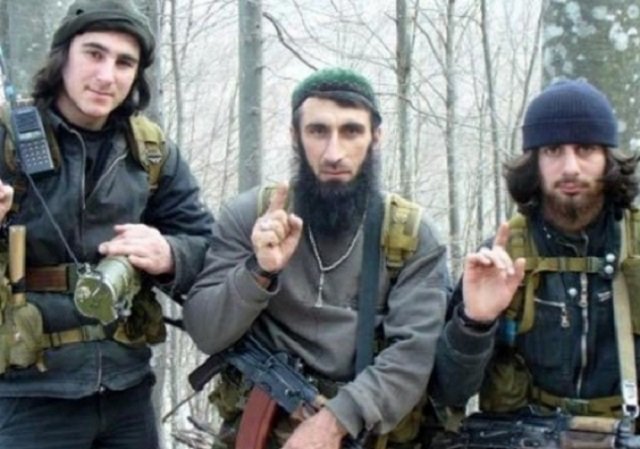 July 26, 2015 8:03 pm 0
Israeli Solution for Syria Has Mack Truck Sized Loopholes
Hezbollah is Running Out of Commanders to Fight in Syria
Will Assad Cry Wolf if Syrians Start Defending Themselves?

In mid-June, a new jihadist brand appeared online. “Al Muhajirun,” which claims to represent fighters who have emigrated to Syria to wage jihad, posted its first statement in several languages on Twitter. The message makes it clear that Al Muhajirun is not a new organization, but instead represents “a community” of foreign fighters “from different groups and with different interests united in order to show the ummah [community of worldwide Muslims] the true face of the muhajirun [emigrant helpers], the mujahideen and jihad.”

A high-quality video subsequently released by Al Muhajirun demonstrates that it is a front for the Al Nusrah Front (al Qaeda’s official branch in Syria), Ahrar al Sham and other allied jihadist groups. Al Muhajirun’s constituents are opposed to both the Islamic State and Bashar al Assad’s regime.

“After decades, when the gates of jihad opened up in [Syria], the Muslims came swarming from all over the world,” Al Muhajirun’s first statement reads. But “the Muslims were stricken with disappointment and frustration after witnessing the dissension and confusion [that] occurred amongst the mujahideen,” the statement’s authors continue, referring to the infighting between the Islamic State and its jihadist rivals. As a result, some people “left the ranks of the muhajirun and the mujahideen,” returning “to their so-called ‘homelands,’ while others have been impatient and wanted to continue blindly on their way impulsively and without the instructions of the [scholars] who are the heirs of the Prophets.”

Al Muhajirun positions itself as “a contact point for anyone interested in joining the ranks of the muhajirun, fighting for the sake of Allah and supporting the Ansar [native helpers] and the religion.” And in its first message, Al Muhajirun promised that it would “soon” publish another “statement with further details as well as an explanation” of its goals.

Al Muhajirun’s first video, titled “Turning Point,” was released on July 16. It features clips of jihadists from around the world who have traveled to Syria, including an American known as “Abu Hurayra Al Amriki” (who US officials have identified as Moner Mohammad Abusalha).

Abusalha was one of four suicide bombers who took part in a coordinated assault against the Assad regime in Idlib in May 2014. A screen shot of Abusalha taken from Al Muhajirun’s video can be seen on the right.

Since Abusalha’s suicide attack last year, the jihadists have made much progress in Idlib. “Turning Point” celebrates the Jaysh al Fateh (“Army of Conquest”) coalition, which was established by Al Nusrah, Ahrar al Sham and other jihadist organizations in March. The alliance quickly pushed Assad’s forces out of the provincial capital of Idlib in just days. Al Muhajirun credits Jaysh al Fateh’s successes, in part, to the unification of the jihadists’ efforts, including both foreign fighters and their local counterparts.

“Turning Point” shows one Syrian Ahrar al Sham member, Abu al Faruq al Shaami (identified as a “sniper commando”), praising the sacrifices made by the muhajirun as Jaysh al Fateh fought against Assad’s forces in Idlib. Al Shaami also openly hopes that Jaysh al Fateh’s forces will fight all the way through Latakia, a coastal province that has long been the Assad family’s stronghold. A screen shot of al Shaami can be seen on the right.

The video highlights the governance efforts being made by Al Nusrah, Ahrar al Sham and their jihadist allies in Idlib.

One Jaysh al Fateh member says that with the “support of Allah and by the strike of the fist of the Mujahideen from the Al Nusrah Front, Ahrar al Sham and Turkistan,” the jihadists “took” certain shops and publicly destroyed their alcohol. The scene shows fighters smashing liquor bottles.

Another jihadist from Latakia, Abu Mansour al Ansaari, says that the muhajirun brought their expert knowledge of sharia to Syria. “When the Muhajirun came, they benefited the people in religious knowledge, sharia academies (centers of religious instruction) were opened here, managed by Muhajirun, by brothers in [the Al Nusrah Front] — and if you want me [to] mention exactly by whom — brothers from Al Nusrah, Ahrar al Sham and Junud al Sham, may Allah reward them,” al Ansaari says. “They have courts and schools — all praise to Allah — here there is complete freedom within Islamic sharia.”

Other jihadists claim in the video that the sharia courts are working well, and cover a wide variety of domestic matters. One sharia judge, Sheikh Abu Shams, goes so far as to say that most of his fellow judges are muhajirun, as opposed to native Syrians. A sharia court interrogator identified as Abu Hafs al Ansaari backs up his claim, emphatically stating that “most judges are muhajireen brothers!”

While many of the jihadists featured in the video were not previously public figures, Sheikh Abdallah Muhammad al Muhaysini is widely known both inside and out of Syria. Muhaysini, a Saudi, is shown issuing orders to the conquering jihadists in Idlib. (A screen shot is included on the right.)

“Investigating people is allowed and suspected people (who may be regime soldiers or collaborators) should be imprisoned,” Muhaysini says into a handheld radio. “No problem, for making sure (someone isn’t a threat). But whoever fires a bullet will be sent to court. I swear by Allah whoever fires a bullet will be brought to court,” Muhaysini says, after the jihadists had taken control of Idlib.

Thus, the video portrays Muhaysini as playing a large role in the governance of Idlib just after its fall.

As The Long War Journal has reported on multiple occasions, Muhaysini is, at a minimum, connected to al Qaeda’s international network. He was a student of Sulayman Al Alwan, a jihadist ideologue responsible for indoctrinating some key figures within al Qaeda. (The 9/11 Commission found that al Alwan even instructed one of the 9/11 hijackers.) Muhaysini has defended and spoken fondly of al Qaeda emir Ayman al Zawahiri. In 2014, Muhaysini even issued a proposal for jihadist reconciliation that was timed to coincide with Zawahiri’s own. The initiative was intended to reconcile the Islamic State with its jihadist rivals in the Al Nusrah Front and Ahrar al Sham. While the latter parties agreed to the plan, the Islamic State rejected it. Muhaysini works closely with the Al Nusrah Front and other al Qaeda-linked groups in Syria to this day.

Al Muhajirun’s “Turning Point” does not really attempt to hide al Qaeda’s ties to the foreign fighters. An audio clip of speech delivered by Al Nusrah emir Abu Muhammad al Julani is included. Julani calls for Jaysh al Fateh to remain united. And the video highlights, time and again, the strong ties between Al Nusrah and its comrades on the Syrian battlefield, including in Ahrar al Sham.

The groups behind Al Muhajirun do not shy away from their jihadist roots either. As Muhaysini speaks, for instance, a quote from the medieval jihadist ideologue Ibn Taymiyyah is displayed onscreen. Taymiyyah’s thinking has heavily influenced al Qaeda’s senior leadership.

And “Turning Point” concludes with a clip of Abdullah Azzam warning of the dangers of jihadist factionalism. Azzam, who was killed in an explosion in 1989, was a mentor to Osama bin Laden and is widely considered the godfather of modern jihadism. Azzam’s words are undoubtedly intended to undermine the Islamic State’s exclusionary vision of jihad.

“If you are in an Islamic group then beware of thinking truth is exclusive to it (your group) and that all falsehood is in (everything) other than it. Like the fanatics of old used to say: ‘Our speech is right and it is possible that it contains mistakes and the speech of others is wrong and it is possible that it contains correctness.’ This is a disastrous fanaticism, how many groups has (this ideology) split and how many harmonious and agreeing people it has separated,” Azzam is heard saying in the clip.

Al Muhajirun hopes to unite foreign fighters under one banner and to lessen the infighting that Azzam warned about decades ago.

Iran Threatens Afghans to Fight in Syria
Watch The Three Musketeers of Terror Lose Their Marbles
In Syria’s War, Who Holds What Cards Against Whom
Radicalism 567