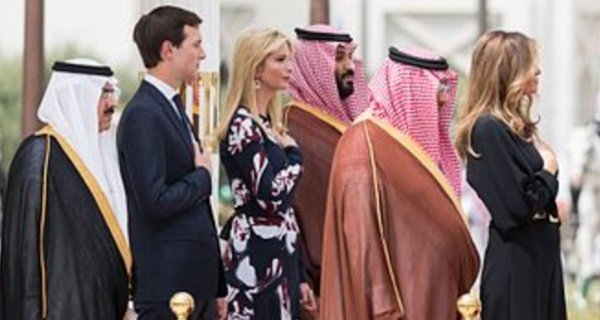 January 29, 2019 7:32 pm 0
Wheels Spinning Going Nowhere
Why Should Saudi Arabia Stabilize Syria Without a Seat at the Table?
Who Else Would Like to Kill and Abuse Syrians?

How could a naive act by a conservative Jew unite Muslims against the State of Israel? By delivering intelligence to a Saudi ruler that resulted in some of the most powerful men in Saudi Arabia to lose their money and power. Jared Kushner anti-Israel actions, surely unintended, may yet bring the anti-Mohammad bin Salman’s enemies closer to Iran. Kushner’s actions show how a debutant works in international politics.

Because of Kushner’s contribution to harming Saudi Arabia’s elite, protecting the present ruler, Mohammad bin Salman, is a number one priority for Israel. If overthrown, those Saudis Kushner harmed will pay him back in spades by simply aligning their interests with Iran for their common enemy in the region.

Grant you, Kushner’s assisting MbS was not supposed to be exposed by the U.S. Intel community whose fight with President Trump is not over yet. A real political operative would have averted this mistake knowing well the enmity Trump and his family harvested during the 2016 campaign, by praising Vladimir Putin constantly, would come back to haunt them. One way or another. Jared Kushner Anti-Israel actions were intended to help; but instead it sowed seeds of hate, and more trouble down the road for Israel.

Furthermore, considering the position the CIA has taken with regard to MbS culpability in ordering the assassination of Jamal Khashoggi, the bet is on the CIA bringing back its favorite prince to rule Saudi Arabia post Trump and Prince Salman’s eventual departures from power. Mohammad bin Salman’s is in a precarious position. His visits to Russia happened partially to get the thug Putin to protect his ass.

Mohammad bin Salman even boasted to the press that Jared Kushner was “in his pocket”. How dumb is MbS to make such public statements?

One cannot discount Jared Kushner anti-Israel actions. Because of his inexperience, Kushner may have just aligned MbS’ enemies with Iran. When you consider how easy it was for the Muslim Brotherhood to align its interests with Iran (Turkey’s Iranian relations), the danger lurks even greater if the two branches of Islam suddenly unite against Israel. There is no telling where this might lead; especially if Russia believes it needs to clip Israeli wings. While keeping the Orthodox Christian faith under the protection of Israel army.