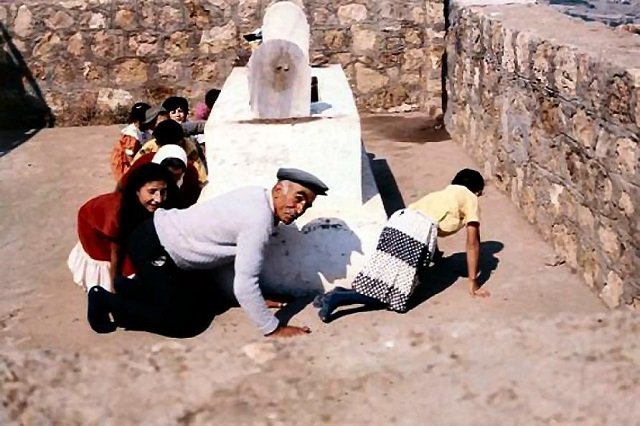 October 13, 2015 5:32 am 0
Save Christians, Alawites from Clutches of Assad
One Syria for All, All Syrians for One
The Alawites of Syria Started a War to Finish Them

If you think Syrians are simply going to file voluntarily into Assad’s torture chambers that was on display in Congress just because Putin invaded Syria, you are sorely mistaken.

If you think Syrians are going to live under Assad’s rule of extreme tyranny and oppression just because some countries are conspiring to keep him in power, you are double sorely mistaken.

If you think Syrians are going back in time to an era of random death, random rape, random torture, and random imprisonment just because Assad believes he can survive by killing even more, you are triple sorely mistaken.

Syrian will never go back to the old days of the Assad rule no matter who fights with Assad, no matter who supports him, and no matter how much Barack Obama pays lip service to Syrians fighting for freedom as compared to how little action he pretends to marshal in support of those freedom fighters.

Those in doubts, get over it. As long as Assad remains in power, there will always be more terror and more savagery on both sides. The man is a killing machine and a magnet to attract other killing machines. In fact, Assad is the face of death.

It is not about the Alawites of Syria, It is all about Assad.

It is an intense human immorality to impose a criminal like Assad on the Syrian people who suffered under his rule for over 45 years of tyranny and oppression, and now they are being asked, after a five-year civil war in which they suffered countless death and tragedies, to simply role over just because Ali Khamenei and Vladimir Putin said so.

What have the Syrian hapless people done to the world to deserve becoming someone else’s goat being led to the slaughterhouse?

Syrians want to have a normal life void of torture chambers. Is that too much asking?

Islamism will only grow when the world ignores the plight of the innocent Syrian people tired of Assad and his tyranny. When a man cannot rely on his fellow man to help him free himself from that extreme tyranny, that man turns to God for relief. Care to stop all Sunnis from turning to God and the weapons he will supply them to terrorize for the next 20 years?

For all those who support terror, rejoice Assad is still in power attracting terror like a flower to a bee.

Why Syria is Going to Get Worse
Message to the Alawites of Syria
Has the US selected an Assad secret alternative?
Assad Terror 247 Opinions 1017 Radicalism 567 Syrian Revolution 1335