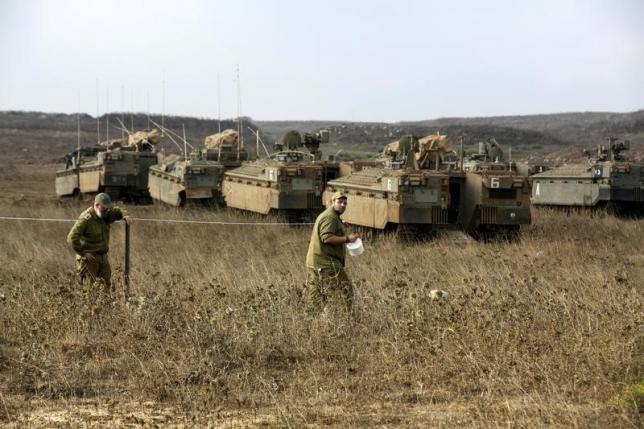 September 27, 2015 7:38 pm 0
What Should be Done with Iran?
Save the Christians
Will Israel Escalate Its Operations Against Hezbollah in Qalamoun?

Israel struck Syrian army targets on the Golan Heights on Sunday, sources on both sides said, and Israel said it was retaliating for cross-border rocket fire from the Syrian war next door.

Rebel sources in southern Syria said at least three Israeli air strikes had hit army sites near the frontier with the Israeli-occupied part of the strategic plateau.

Israel’s army confirmed Israel struck Syrian army posts, but said it used artillery fire, not air strikes, in response to “errant” rockets from inside Syria landing on its territory.

Fighting between government forces and rebels in the Quneitra area of the Syrian Golan Heights has intensified in recent days.

It was the first Israeli fire on southern Syria in more than a month. Israel has attacked Syrian armed forces and arch-foe Lebanese Hezbollah, a Damascus ally, during the four-year-old civil war in its hostile neighbor.

Israel has repeatedly said it holds the Syrian government responsible for any spillover of violence into the Golan heights or beyond. One of the side benefits of an autocratic and absolute Arab rule is that responsibility always lies with one government and one man.

Diplomatic efforts to find a solution to the Syrian war have intensified as record numbers of migrants travel to Europe, and as Russia steps up its military aid for its mass murderous ally in the regime of Baschar al-Assad.

Prime Minister Benjamin Netanyahu and President Vladimir Putin on Monday agreed to set up an Israeli-Russian coordination team to prevent the countries accidentally trading fire in Syria. However, Russia or no Russia, Israel struck Syrian army sites in retaliation for an unprovoked attack.

Is Obama paving for a nuclear Iran intentionally?
Watch The Three Musketeers of Terror Lose Their Marbles
To be or not to bee
Iranian Terror 594 Support U.S. Allies 152