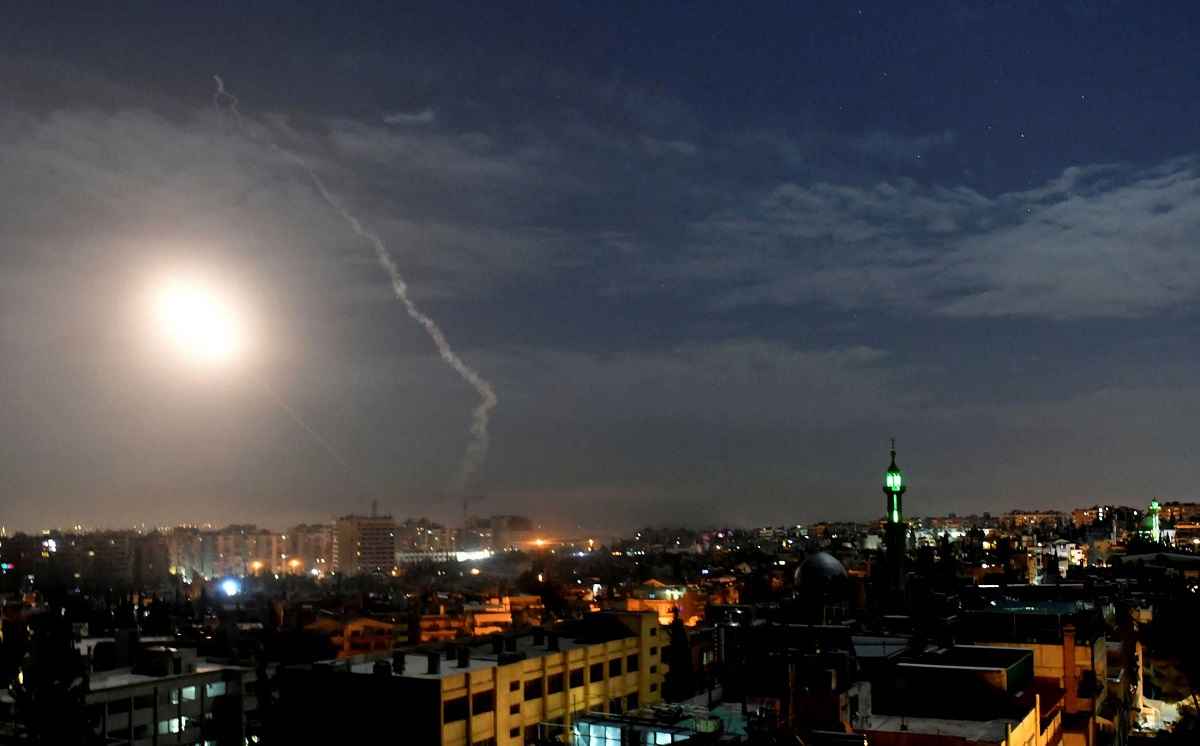 Israeli warplanes struck Iran-linked targets in Syria overnight after troops uncovered roadside bombs along the frontier in the Golan Heights. Syrian state media said the strikes killed three Syrian soldiers. With these small and meaningless strikes, Israel is accidentally bolstering Iranian terror. Instead of demoralizing the enemy, Israeli small operations in Syria strengthen the resolve of the IRGC and send the terror group the clear message that “This is all Israel is capable of doing.”

Israel has launched hundreds of strikes against Iran-linked military targets in Syria over the years but rarely acknowledges or discusses such operations. This time, officials appeared keen to publicize the discovery of the bombs and the retaliatory strikes as a message to Iran and Syria.

I, once again, remind our enemies: Israel will not tolerate any violation of its sovereignty on any front. The Syrian regime is accountable for what happens on its territory or out of its territory.

Israel’s shadow war against Iran and its allies has escalated in recent months, with cyberattacks and exchanges of fire with militants in Syria and Lebanon. U.S. officials recently confirmed that Israel and the U.S. worked together to kill a senior al-Qaeda operative in Iran earlier this year. But none of these operations are large enough, in scale, to force the Khamenei regime to recalculate its exposure and the risks associated with its terror practices. Small Israeli attacks are bolstering Iranian terror, not capping it.

Israelis are meanwhile concerned that President-elect Joe Biden will adopt a more conciliatory approach toward Iran. Biden has said he hopes to return the U.S. to Iran’s 2015 nuclear agreement with world powers, which Israel opposes. However, unlike Barack Obama, Biden is an institutionalized and tempered leader and part and parcel of the Washington political establishment. Or, to put it gently, Biden flexes when enough pressure is applied against his policies. Israel fears of what Biden might do showcase its insecurities.

The Israeli military said the anti-personnel mines had been placed near one of its positions in the Golan Heights by a “Syrian squad led by Iranian forces.” It said a similar incident happened in the same area in August, which also prompted retaliatory strikes on Syria.

ISRAEL MUST APPLY THE HAMMER AGAINST IRAN IN SYRIA

The message will never be clear enough if Israel continues using a teddy bear to hammer a nail.

Israel views Iran as its greatest threat and says it will not tolerate the establishment of a permanent Iranian military presence in Syria, especially near its borders. Iran is a key ally of of Assad in the country’s civil war. Its regime of terror has dispatched military advisers and allied militias to kill innocent Syrian civilians.