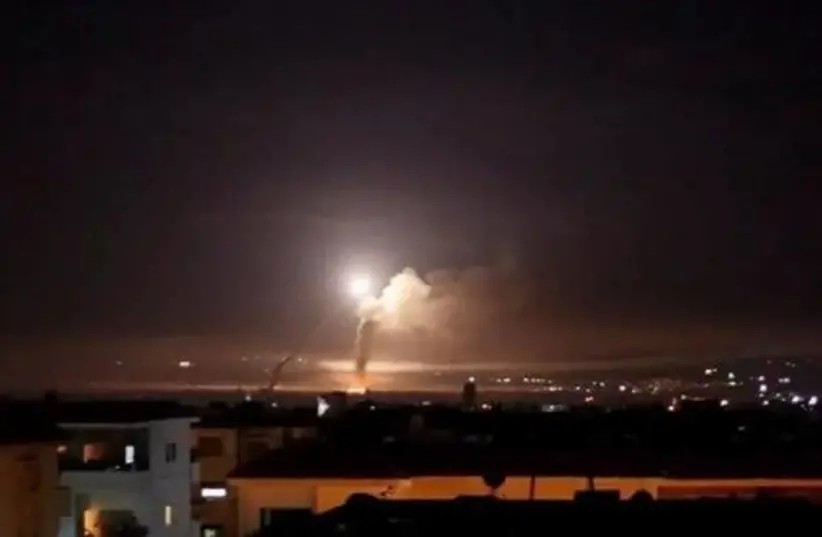 May 1, 2020 6:11 am 0
We Will Bury Hezbollah in Syria
Israel Launches a PR Campaign Against Hezbollah
Beirut Blast Helps Hezbollah Turn Lebanon Into a Mini Syria

Explosions rocked a Syrian military base housing a weapons warehouse Friday in the country’s central Homs province. A local official said the cause was not immediately clear. Israel continues to strike Hezbollah in Syria.

A war monitoring activists said it suspects an Israeli rocket attack. It confirmed the weapons warehouse, south of the city of Homs, belongs to Lebanon’s Iran-backed Hezbollah militant group, Hezbollah has been killing civilians in Syria in concert with the Assad regime.

The Israeli military declined to comment on the reports. But it has in the past targeted Iranian and Iranian-backed targets inside Syria, saying it won’t tolerate Tehran’s increasing influence along its borders.

In the past month, there have been several reports of suspected Israeli strikes on targets inside Syria, the last on Monday.

Friday’s explosions may have wounded 10 civilians walking nearby. Smoke columns could be seen from a distance and the sound of explosions echoed into Homs city.

He said the military base includes a weapons warehouse but didn’t name Hezbollah. The Syrian activists said that the Lebanese terror group has been using the base for years. It said the explosions caused damage to the base and reported flying debris that reached outside its perimeters.

Israel has acknowledged carrying out scores of strikes over the years, most aimed at Iranian weapons shipments believed to be bound for Hezbollah. In recent months, Israeli officials have expressed concern that Hezbollah is trying to establish production facilities to make precision-guided missiles.

In recent weeks, suspected Israeli attacks include the targeting of Iranian-backed fighters in the desert near the central Syrian town of Palmyra; and an Israeli drone attack on a SUV carrying Hezbollah members close to the border with Lebanon.

Two days after the drone attack, Israel accused Hezbollah of “provocative” activity. To include multiple attempts to breach the border along the Lebanese-Israeli frontier.