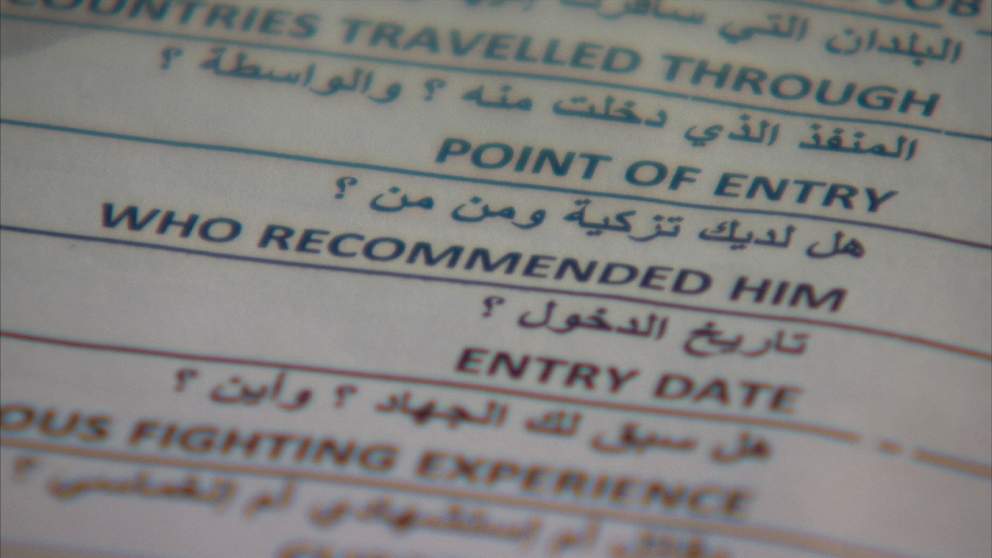 March 10, 2016 4:57 am 0
Obama’s Plans Against ISIS Go Up in Smoke
The Longer Obama Ignores Assad’s Barrel Bombs, The More Attacks by ISIS
The Crisis of ISIS

Tens of thousands of documents, containing 22,000 names, addresses, telephone numbers and family contacts of Islamic State jihadis, have been obtained by Sky News.

Nationals from at least 51 countries, including the U.K., had to give up their most personal information as they joined the terror organisation. Only when the 23 question form was filled in were they inducted into IS.

A lot of the names and their new Islamic State names on the registration forms are well known.

Abdel Bary, a 26-year-old from London joined in 2013 after visiting Libya, Egypt and Turkey. He is designated as a fighter but is better known in the U.K. as a rap artist. His whereabouts are unknown.

Another jihadi named in the documents, now dead after being targeted in a drone strike, is Junaid Hussain, the head of Islamic State’s media wing who along with his wife, former punk Sally Jones, plotted attacks in the U.K. Her whereabouts are unknown.

Reyaad Khan from Cardiff, who also entered in 2013, is also among those found among the registration forms. He was well known for appearing in a highly produced Islamic State propaganda video. He was later killed.

But the key breakthrough from the documents is the revealing of the identities of a number of previously unknown jihadis in the U.K., across northern Europe, much of the Middle East and North Africa, as well as in the United States and Canada.

Their whereabouts are crucial to breaking the organisation and preventing further terror attacks.

Many of the men passed through a series of jihadi “hotspots” – such as Yemen, Sudan, Tunisia, Libya, Pakistan and Afghanistan – on multiple occasions, but were apparently unchecked, unmonitored and able to both enter Syria to fight and then to return home.

One of the files marked “Martyrs” detailed a brigade manned entirely by fighters who wanted to carry out suicide attacks and were trained to do so.

Some of the telephone numbers on the list are still active and it is believed that although many will be family members, a significant number are used by the jihadis themselves.

The files were passed to Sky News on a memory stick stolen from the head of Islamic State’s internal security police, an organisation described by insiders as the group’s SS. He had been entrusted to protect the organisation’s core secrets and he rarely parted with the drive.

The man who stole it was a former Free Syrian Army convert to Islamic State who calls himself Abu Hamed.

Disillusioned with the Islamic State leadership, he says it has now been taken over by former soldiers from the Iraqi Baath party of Saddam Hussein.

He claims the Islamic rules he believed in have totally collapsed inside the organisation, prompting him to quit.

I met him in a secret location in Turkey, and he said IS was giving up on its headquarters in Raqqa and moving into the central deserts of Syria and ultimately Iraq, the group’s birthplace.

He also claimed that in reality Islamic State, The Kurdish YPG and the Syrian government of Bashar al-Assad, are working together against the moderate Syrian opposition.

Asked if the IS files could bring the network down he nodded and said simply: “God willing”.

From the attacks in Tunisia and the Bataclan massacre in Paris it is clear that IS is refocusing its base of operations abroad and is intent on carrying out high profile attacks in Western countries, something that security chiefs across Europe are warning about right now.

Sky News has informed the authorities about the haul.