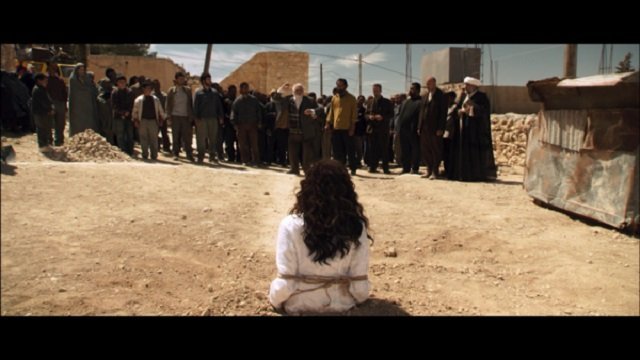 You can watch a Jeanne D’Arc movie about the dark ages in Europe when women were accused of sorcery and witchcraft, and ultimately burned publicly, or you can just tune to Syria to watch ISIS beheads 2 women it accused of sorcery.

The dark ages are upon us again in Syria.

ISIS beheads 2 women in Syria on accusations of “sorcery,” the first such execution of women in Syria, activist on the ground told AFP.

“ISIS executed two women by beheading them in Deir al-Zor province, and this is the first time [activist] has documented women being killed by the group in this manner,”

In both cases, the women were executed with their husbands, with each pair accused of “witchcraft and sorcery.”

When ISIS beheads 2 women, it is a war on Islam, Syrians, and civilizations.

ISIS has become infamous for gruesome executions and is reported to have stoned women to death on allegations of adultery.

In August of 2014, ISIS beheaded American journalist James Foley, which prompted the U.S. to strike its positions in Syria and Iraq.

ISIS has executed more than 3,000 people in Syria in the year since it declared its Islamic “caliphate” in Syria and Iraq. Nearly 1,800 of them were civilians, including 74 children.

Furthermore, ISIS has punished at least eight people in recent days for allegedly failing to fast during the Muslim month of Ramadan by hanging them from makeshift crosses.

The eight were all strung up alive on crucifixes with placards attached to them accusing them of breaking the Ramadan fast “with no religious justification.”

Among the eight were two minors, the activists said, adding that while they had documented eight cases, there might be others that have not been reported.

The eight were hung from the crucifixes for a day and taken down afterwards still alive.

It is not about domestic terror, it is about international terror
Russian troops in Syria could end up helping Isis, report claims
Obama Causes ISIS to Rise, Still Blind to His Defunct Policies
Radicalism 567