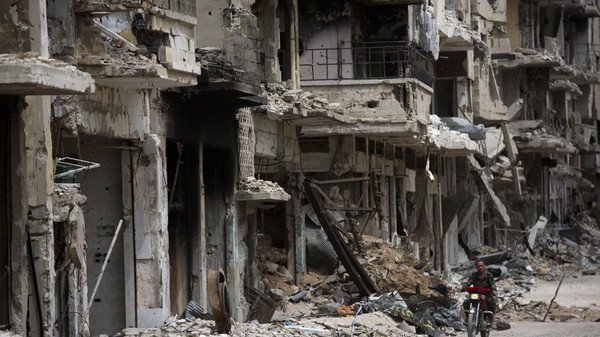 The Islamic State of Iraq and Syria (ISIS) group has abducted 230 civilians, including at least 60 Christians, in a central Syrian town hours after it captured it, a monitoring group said on Friday.

Activists on the ground said the civilians were taken on Thursday in the town of Al-Qaryatain, which ISIS jihadists had captured late Wednesday.

“Daesh [ISIS] kidnapped at least 230 people, including at least 60 Christians, during a sweep through Al-Qaryatain,” The activists said.

Many of the Christians had fled from Aleppo province, in Syria’s north, to seek refuge in Al-Qaryatain.

He said those abducted were wanted by ISIS for “collaborating with the regime,” and their names were on a list used by the jihadists as they swept through the town.

Families who tried to flee or hide were tracked down and taken by the jihadists, he said.

Al-Qaryatain lies at the crossroads between ISIS territory in the eastern countryside of Homs and areas further west in the Qalamun area.

It had a pre-war population of 18,000, including Sunni Muslims and around 2,000 Syriac Catholics and Orthodox Christians.

According to a Syrian Christian who lives in Damascus but is originally from Al-Qaryatain, the town’s Christian population has dropped to only 300.

This is not the first time ISIS abducts civilians in this particular village. In May, masked men abducted Syrian priest Jacques Mourad from the Syriac Catholic Mar Elian monastery in Al-Qaryatain, near the ISIS-captured ancient city of Palmyra.

Mourad, who was known to help both Christians and Muslims, was preparing aid for an influx of refugees from Palmyra.

Hallelujah! Fanatics Are Killing Each Other
ISIS beheads elderly antiquities scholar in Palmyra
In Syria, the enemy of our enemy is still our enemy
Radicalism 567