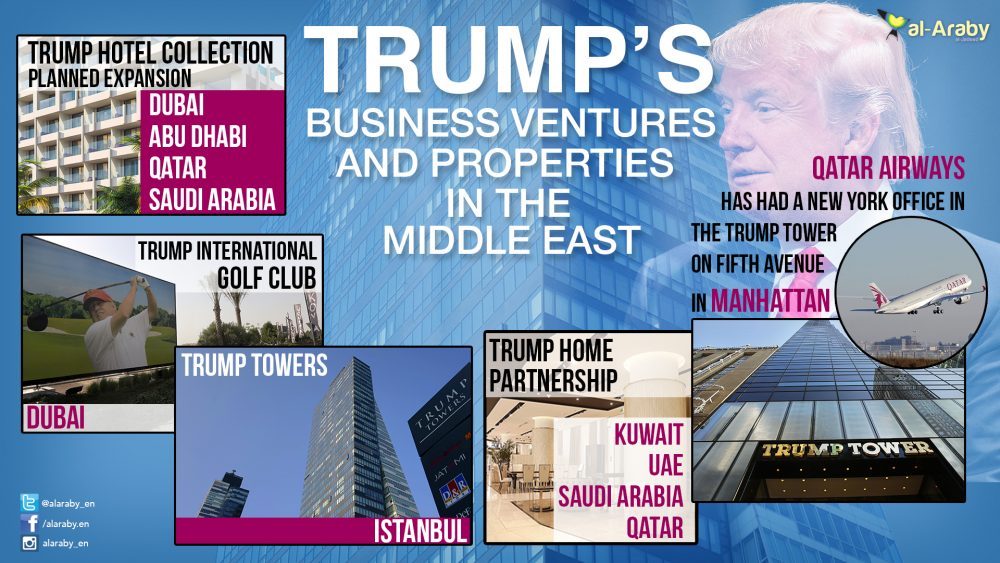 Is Trump Giving UAE a Free Pass on Syria?

A delegation of at least 40 businessmen from the United Arab Emirates attended a state-backed trade fair in Syria’s capital. In doing so, UAE is defying U.S. warnings against doing business with the Assad regime of terror. Is Trump giving UAE a free pass on Syria? Trump has a history of favoritism with Arab rich nations his companies do business with.

The President operates the (https://www.trumpgolfdubai.com/) in Dubai (which blocked TFS from accessing).

Furthermore, Hotelier Middle East published an article in which it wrote:

She added: “Dubai is a top priority city for us. We are looking at multiple opportunities in Abu Dhabi, in Qatar, in Saudi Arabia, so those are the four areas where we are seeing the most interest. We haven’t made a final decision in any of the markets but we have many very compelling deals in each of them.”

The UAE, one of Washington’s main regional allies, has started to forge closer ties with Damascus. In December, it reopened its embassy there, angering Washington. Trump simply ignored UAE empowering the Assad regime.

Should US Congress investigate Trump’s lack of action on sanction-piercing countries the President does business with?

The delegates left Damascus on Thursday and Friday.

This issue will take time to determine, but everything happens gradually,.

He said he was not worried about the U.S. warnings prohibiting companies from attending the Damascus Fair. Nor was he worried about U.S. sanctions. The large size of the UAE delegation showed others shared his view, he said.

IS TRUMP GIVING UAE A FREE PASS ON SYRIA?

The U.S. Embassy in Syria wrote on Twitter on Aug. 27 that it had received reports that some regional businessmen or chambers of commerce planned to participate in the fair.

We reiterate our warning that anyone doing business (with the) Assad regime or its associates is exposing themselves to the possibility of US sanctions.

We repeat that it is unacceptable and inappropriate for businesses, individuals, and chambers of commerce from outside Syria to participate.

If the US does not respond forcefully, it will be open season on US authority and threats of sanctions.

A large UAE flag hung above the delegation stand where companies exhibited their goods and promotional material. The main sectors on display were concrete products and real estate.

Should US Congress investigate Trump’s lack of action on sanction-piercing countries the President does business with?

A representative of Arabtec declined to comment when Reuters approached him in Damascus. The head office did not respond to an emailed request.

The head of the UAE Federation of Chambers of Commerce who led the delegation to Damascus was also unavailable for comment. In a statement, the fair’s organizers said 26 UAE-based companies had stands at the fair.

A UAE trade delegation document with the logo of the Abu Dhabi Chamber of Commerce listed at least 42 delegates.

I am not happy to see a delegation of Emirati businessmen in Damascus to take part in a conference organized by the butcher regime of Bashar, whose hand is stained with the blood of the Syrian people.

Is Trump Giving UAE a Free Pass on Syria?