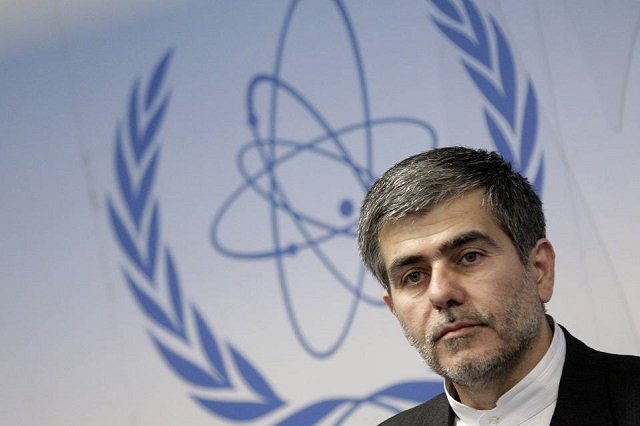 Is There Anything Iran Did Not Get From Obama?

July 22, 2015 3:52 pm 0
Iran Colonel Killed in Zabadani Fighting
Israel’s Main Concern in Syria: Iran, not ISIS
Every Muslim Should Become a Jew for One Day

Now that the Iran Deal has been posted online and analysts have begun pouring over it, we are discovering some surprises to make a Dracula drink milk for food.

“Is there anything Iran did not get from Obama?” is the question we must be asking ourselves instead of asking what did Iran negotiated for itself. Never mind asking what America got out of the deal. With Obama, America ain’t getting no favors.

Of late, we discovered that Qassem Suleimani, the thug behind all the Iranian terror, will obtain relief from sanctions. Why did Obama cave in on this important issue? Is it to unleash more terror, or is it because there was nothing Iran asked for that Obama did not yield to?

Then after further knowledge, the Wall Street Journal reported that relief from sanctions for two nuclear scientists and a proliferator were also given away by Obama. Why would we permit nuclear scientists to roam freely if the point of the whole deal was to stop Iran from building nuclear weapons?

Did Kerry bother to ask how this may look to those skeptics who see this bad Iran deal paving the way for Iran to actually build a nuclear program? Why on earth would we want Iranian nuclear scientists free from observation?

Another surprise was the knowledge that the 24-day delay before the IAEA inspects Iranian installations looks more like it could take 3 months or more. Hillel Fradkin and Lewis Libby both write in the Wall Street Journal:

Paragraphs 74 to 78 govern the International Atomic Energy Agency’s access to suspect sites. First, the IAEA tells Iran “the basis” of its concerns about a particular location, requesting clarification. At this point Iran will know where the IAEA is headed. Iran then provides the IAEA with “explanations” to resolve IAEA concerns. This stage has no time limit.

Opportunities for delay abound. Iran will presumably want to know what prompted the IAEA’s concern. The suspect site identified by the IAEA is likely to be remote, and Iran will no doubt say that it must gather skilled people and equipment to responsibly allay IAEA concerns. Iran may offer explanations in stages, seeking IAEA clarifications before “completing” its response. That could take a while.

Is there anything Iran did not get from Barack Obama?

By the way, Iran has banned any American IAEA inspectors to be on any team inspecting their installations, which Obama must have struggled with profoundly because of his love for America.

We are not done with the surprises. Many are hidden in a vague language that when they become a point of contention will surprise us even more with how Iran interpreted that vague language. At this point, Barack Obama has placed America and its interests at the mercy of the Mullahs.

There is no need to ask what America got out of that deal because it is even doubtful that Iran will honor this agreement. As Harold Rhode, an expert on Islam and religious negotiations, said in his interview with Arutz Sheva about a study he wrote that dug deep into Iran negotiations tactics:

“For the Iranians, the agreement is a step along the way. The negotiations start with the agreement. A written agreement is worth nothing [for Iran]. That’s how Iranian culture has been for more than 2,500 years. They know how to play the game well. Their goal is to defeat the other side. There is no compromise, nothing. The goal is that the other side will bow its head, and that’s what happened.”

According to Rhode, many in the administration in Washington do not want to face reality when it comes to Iran. He noted the research he wrote for the Pentagon on the Iranian negotiating methods, which was based on material collected when he lived in Iran.

Barack Obama forced America to bow its head to Iranian terror and savagery.

Is there anything Iran did not get from Obama? The surprises will keep coming .

Is There Anything Iran Did Not Get From Obama?