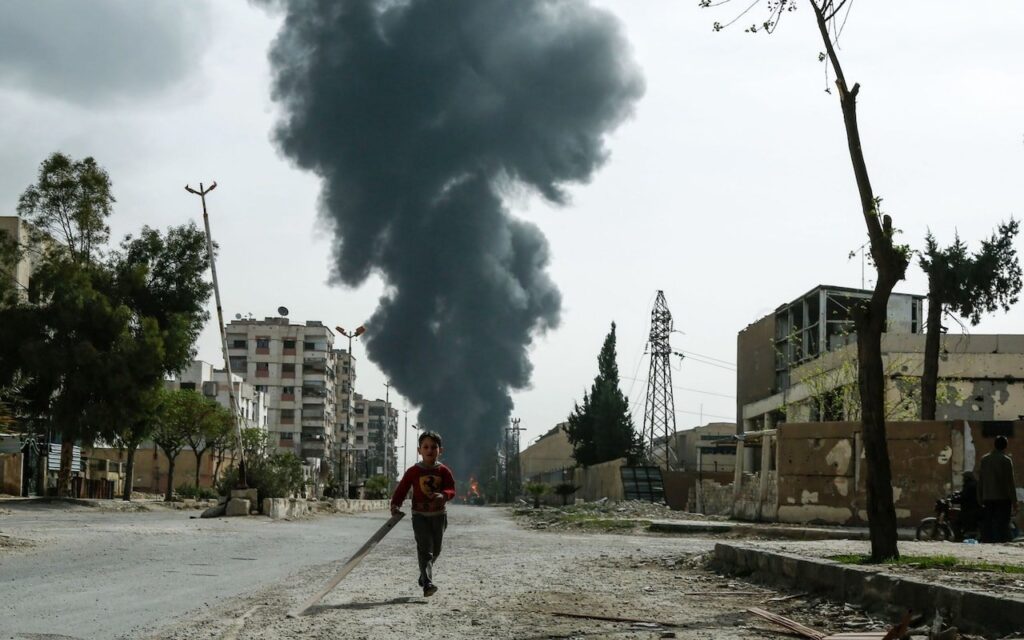 Is the United Nations Implicit in Killing Syrian Civilians for Fund Raising?

As far as one can tell, the U.N. is implicit in killing Syrian civilians in order to raise funds to save them.

This is alarming for us. Five of our 12 hospitals have been attacked, and what is very concerning is that these centers were supposed to be de-conflicted areas. The coordinates of their locations were handed over the U.N. to give the government. This was direct targeting, not collateral damage.

SHARING ONLY IF UN INVESTIGATES IMMEDIATELY

Tarakji added that SAMS shared the information with the United nations with one caveat. If Assad or Putin bomb the hospitals, the United Nations would immediately open an investigation into the matter. To involve the Security Council. However, as of Thursday, Tarakji said that the United Nations has not returned his calls.

Furthermore, when Fox News attempted to contact the spokesperson for the U.N.-Secretary General, the latter just ignored their calls.

Is the United Nations implicit in killing Syrian civilians for fund raising? We believe something sinister is going on inside this organization.

This is not the first time this has happened. In March of 2018, the United Nations also shared the coordinates of Syrian hospitals, which Russia ended-up bombing. How could the United Nations repeat the same mistake? With two men whose histories are full of violence against hospitals full of civilians? Unless someone at the United Nations had this PowerPoint Presentation showing how much money the organization raised after such bombings. How else to explain this implicit role in killing civilians?

Some might say, this is really implausible. We say: Exactly.

Moreover, here is another horror story dating back to 2016 so typical of the United Nations. The Guardian wrote: “UN pays tens of millions to Assad regime under Syria aid programme“.

This is like the U.S. paying Hitler while he was bombing London in 1941. Go figure this one out.

Dismantle the United Nations. It has aged to the point of insanity, with a hint of dementia and Alzeheimer’s as her crown jewel.

Is the United Nations Implicit in Killing Syrian Civilians for Fund Raising?