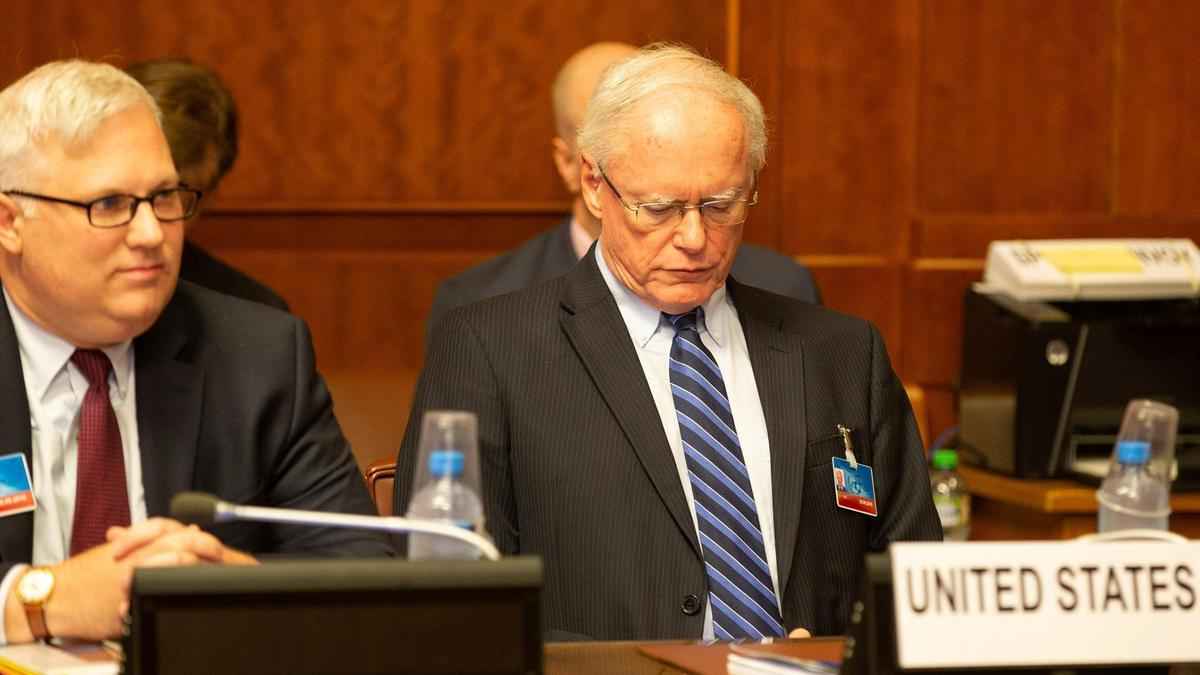 The Syrian Constitutional Committee, which began its first session in nine months in Geneva on Monday as part of efforts to find a political solution to end Syria’s war, halted swiftly its meeting after three members tested positive for COVID-19, the United Nations said. And although the U.N. refused to identify the infected, one wonders: Is Assad running James Jeffery in circles?

By dispatching delegates to Geneva willing to self infect to halt any U.S. diplomatic effort at forcing Assad hand?

It looks like it when the U.N. refuses to identify the infected.

Hours earlier, U.S. Syria envoy James Jeffrey told reporters that the Assad government had agreed “under some Russian pressure” to take part in the week-long talks.

The session that the U.N. Special Envoy organized Geir Pedersen organized aims at making progress in drafting a new Syrian charter to pave the way for U.N.-sponsored elections. This is in line with a stalled 2015 U.N. Security Council resolution.

The office of U.N. Special Envoy for Syria Geir Pedersen did not identify the infected three of the 45 members of the small body of the Constitutional Committee.

The Syrian Government nominates 15 members. Another 30 members represent the opposition and the civil society equally.

Some toxic members of the civil society, like Haitham Manaa, are Assad agents and backers. They exist to dilute the impact of the whole civil society system.

FORCED TO SELF INFECT

Committee members were tested before they traveled to Geneva, and they were tested again on arrival, and the wearing of masks and strict social distancing measures were in place when they met at the Palais des Nations.

It is probable that the three Assad delegates self-infected to put an end to the committee work. Something Assad has resisted from day one.

Following a constructive first meeting, the Third Session of the Constitutional Committee is currently on hold. The Office of the Special Envoy will make a further announcement in due course.

The U.N. informed the Swiss authorities and contact-tracing was under way.

Jeffrey said that Caesar Act was having a “serious political and psychological impact” on Assad.

So we are going after them in any way we can and after their international holdings, any way that they or their banks touch dollars, they are in trouble.

But Jeffrey also said, referring to a province in rebel-held northwestern Syria:

I have seen no indication that the Assad regime has given up its dream of a military victory beginning with Idlib.