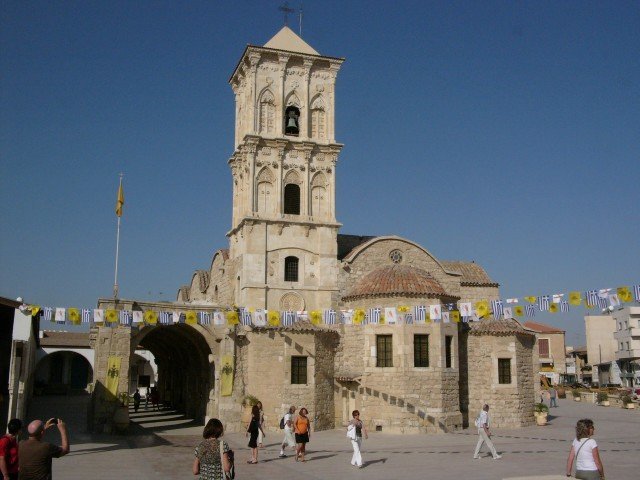 Is Assad Attempting to Recruit European Christians to Fight His War?

A story in Cyprus caught our attention. Is Assad attempting to recruit European Christians to fight his war?

A Lebanese man holding a Canadian passport was remanded in Cypriot police custody on Thursday after two metric tons (4.4 tons) of potential bomb-making material was found in his home, police said.

They said the man, 26, whose name was not disclosed, appeared in court in the southern resort town of Larnaca for a hearing held behind closed doors “in the interests of national security”.

Could this Canadian citizen be a Hezbollah operative on a mission to bomb Larnaca, in a Christian Orthodox country, to help Assad recruit more Christians to fight his war? after the terror act, Assad would then deliver some fabricated evidence that Sunni extremists were behind it. It is a fact that Hezbollah has many agents in Canada.

Assad attempting to recruit Christians, as a theory, should not be discounted because Assad is known to be quite skillful at drawing people into wars. Remember Fath al-Islam?

Of course, this is only a theory. Another one would be that ISIS may be behind this terror act to avenge the Orthodox Church supporting the Assad regime.

Either way, the Christians were about to become the victims of either the Assad or ISIS terror had not the Cypriot police been vigilant with help, more than likely, from superb Western intelligence agencies.

If he is a Hezbollah operative, we will, most probably, not hear about it anymore because the Obama Administration will stifle the news to protect its deal with Iran. Nonetheless, the question “Is Assad attempting to recruit European Christians to fight his war?” should not be ignored.

The suspect, remanded in custody for eight days, faces possible charges of conspiracy to commit a crime, membership of a terrorist organisation and illegal possession and transfer of explosive materials, police sources said.

They said Cypriot police believe this to be one of the biggest seizures of illegal ammonium nitrate anywhere in the world.

The man was arrested on Wednesday following a period of surveillance and more than 400 boxes of ammonium nitrate — a fertiliser that when mixed with other substances can be used to make explosives — was discovered at his home in Larnaca.

Is Assad Attempting to Recruit European Christians to Fight His War?

Good News for Christians, Bad News for Syria
Save Christians, Alawites from Clutches of Assad
How Assad Turned His Barrel Bombs into Acts to Defend Christians
Assad Genocide 429 Radicalism 567