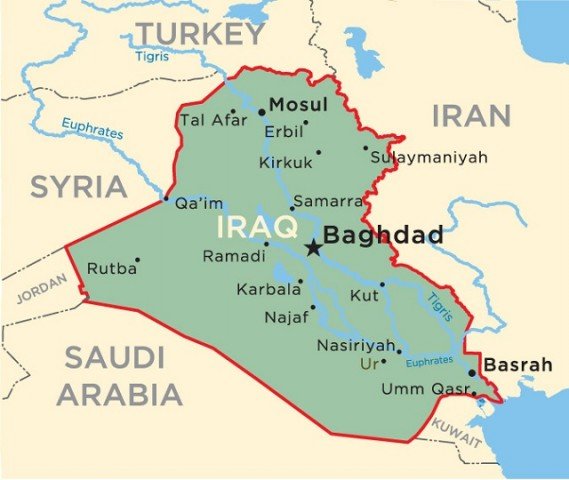 September 19, 2009 5:25 am 0
Syria Pretender Friends and Real Foes
Something is Happening in Damascus
What Assad Fears is What the US Avoids Like the Pest.. Go Figure

Washington DC – September 19, 2009 – (Farid Ghadry Blog) — As tensions rise between Syria and Iraq over Assad’s support of destitute Ba’athists wrecking havoc in Iraq, the Defense and Security Committee of the Iraqi Parliament is heading for the Security Council to invoke Chapter VII proceedings against Syria. Chapter VII gives the UN the mandate to use force. Iraq is also attempting to initiate an international tribunal similar to the one enforced by Lebanon for the murder of Rafik Hariri.

It is unlikely that Iraq can pull a Chapter VII from the UN even if supported by the US. But the fact that Iraq is pursuing venues along the UN Security Council is an indicator that the government of al-Maliki is shaping its foreign policy to confront aggression using international law. Even if time is not to Iraq’s advantage, the specter of another international tribunal against Assad will strengthen Lebanon’s tribunal as well as provide a mean by which other countries who suffer from the terror of Assad can employ to protect their interests.

Meanwhile, Assad, caught in the act of supporting terrorists protected by Syria, has escalated the rhetoric in the hope he can tame Iraq’s public calls for justice. But since most of the Iraqi government officials in power today have long suffered from Saddam Hussein Ba’athist ideology, they understand it better than anyone in the region. Their continued public pressure is necessary to humiliate Assad and suck the oxygen out of his machine of terror.

It is important to mention that Iraq has tried every diplomatic initiative possible with the Syrian regime. Many visits by high officials yielded nothing but empty promises or objections by the Ba’athist regime in Damascus. On the last trip to Syria by prime minister al-Maliki just two days before “Black Wednesday”, al-Maliki offered Assad many economic incentives in return for Syria delivering 270 Ba’athists who stand behind most of the acts of terror in Iraq.

Sources close to the prime minister’s office disclosed that Assad got angry at the request and shot back: “I won’t release them if you pay me $100 million per head”. To Assad, running a Syrian economy into the ground with his “resistance”, extortion is intertwined with diplomacy and the use of terror as a mean to an end.

Recently, the Erdogan government in Turkey, has once again taken it upon itself to interject its wisdom in the row between its two neighbors by sponsoring talks aimed at finding a sensible solution. The talks failed miserably for one very simple reason: Assad refuses to deliver anyone connected with terror to any country. Why should he after all? Terror is a profitable industry in Syria under the rule of Assad.

There are three factors playing in favor of Iraq that the regime in Damascus did not take into consideration when it embarked on terrorizing Iraqis:

What al Maliki cannot count on is support in the US given its eagerness to engage with rogue dictators in the region in the hope of subduing their streaks of violence. But persisting in the delivery of all Ba’athists operating on Syrian soil must continue to remain the cornerstone of Iraq’s new diplomacy of security. Without which, Iraq will be sucked into the Iran-Syria orbit of evil at a time when history has showed us again and again that when US troops exit a region, its enemies occupy the space immediately.

Besides the toll on civilian lives in general from the terror of suicide bombers, the Christian minorities in Iraq are suffering far more deeply than it is admitted to in the mainstream media. Churches are bombed and priests are killed. Families are dislodged and children are orphaned. In fact, they have become the weakest link caught between the terror of Assad and Ahmadinajead and their dashed expectations of support from the west to protect their roots and culture from being slowly exterminated. If Assad, an Alawite minority himself, is disinterested in their safety, the Obama administration must at a minimum support al-Maliki openly to protect Iraq from further disintegration at the hands of its neighborly unfriendly butchers.