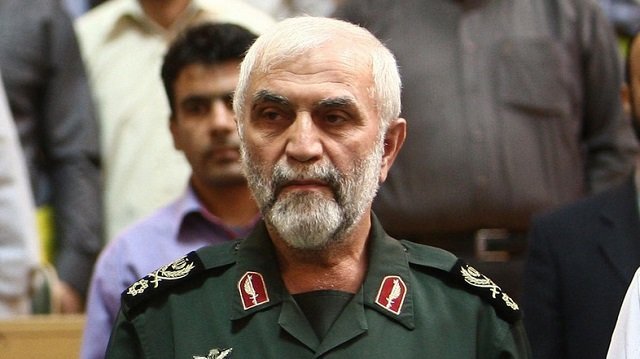 Iranian General Was Killed by ISIS Near Aleppo

An Iranian general was killed by ISIS near Aleppo, where he was advising the Syrian army on their battle against sociopath ISIS terrorist fighters, the Iranian Revolutionary guards said in a statement on Friday.

Iran is the main regional ally of Syria’s psychopath Baschar al-Assad. The Khamenei regime has provided military and economic support during Syria’s four-year-old civil war. It continues to battle alongside the Assad regime of terror while President Obama turns a blind eye.

Hamedani was a veteran of the 1980-88 Iran-Iraq war. The Khameneist regime made him deputy chief commander of the elite forces in 2005. His death comes as a relief to many Syrians civilians who have suffered from the Khamenei terror.

In the biggest deployment of Iranian forces yet, sources told Reuters last week that hundreds of troops had arrived since late September to take part in a major ground offensive planned in west and northwest Syria.

Iran has repeatedly denied having any military forces in Syria. Even with overwhelming evidence to the contrary.

It goes to show that unless Russian dispatches thousands of troops, defeating terror is going to be a hard task.

Terror-Free Syria advocates for the eradication of all terror, be it the Assad or the ISIS terror.

Iranian General Was Killed by ISIS Near Aleppo