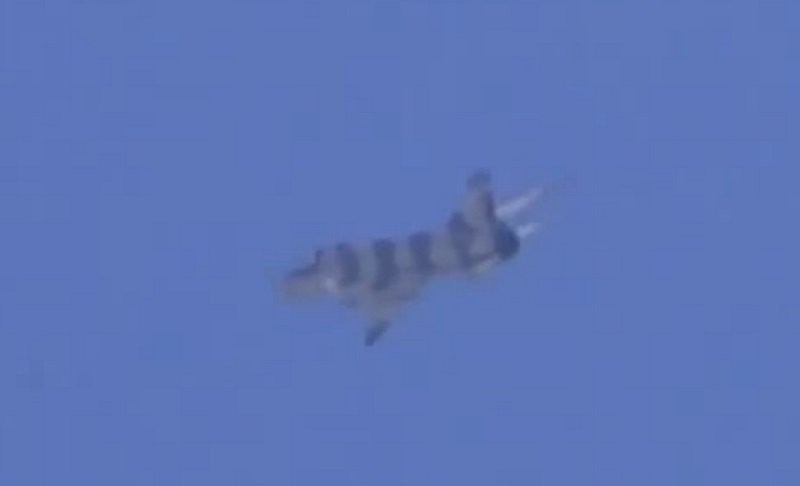 The Syrian Arab Air Force (SyAAF), entangled in a bloody civil war that will soon reach its four-year mark, relies heavily on Russia and Iran to keep attrition from diminishing its firepower. After having upgraded several SyAAF Mi-17s with armour plates and FLIR cameras, stationing Mojaher 4, Yasir and Shahed 129 UAVs in Syria and even providing an Il-76TD to the SyAAF on behalf of Syrian Air, Iran is now further consolidating its stake in the conflict by the delivery of ten Su-22s to Syria.

These ten aircraft, part of a batch of 40 flown to Iran during Operation Desert Storm for safekeeping, were finally overhauled in recent years after idly standing around at Shiraz airbase for decades while their fate was decided upon. Initially regarded as “guests” and maintained only to keep them in good condition, they were formally put into Iranian possession in July 1993 but could not be made operational due to budgetary constraints: A team of Ukrainian technical advisors were contracted to overhaul the Su-22s, but at the time this proved to be too expensive for the ill-funded Islamic Republic of Iran Air Force (IRIAF). Instead, the IRIAF was to restore the ten Su-22M-3 and Su-22M-4s to operational condition without any foreign help by using other Su-22s and Su-20s as a source for spare parts. This programme only commenced in 2013, when the Revolutionary Guard’s Pars Aviation embarked on the task of bringing the first Su-22s back to operational condition.

Back to the midst of the war in Syria, where the SyAAF fighter-bomber fleet continuously finds itself flying an increasing amount of sorties while the number of operational airframes continues to dwindle. The SyAAF, originally geared towards fighting a fierce but short war with Israel, never anticipated to get tangled up in a war of attrition between the pro-Assad party and its adversaries. As a result, all of Syria’s MiG-23BNs and most of the Su-22s originally destined for replacement in this decade are now on the forefront of the aerial bombing campaign against rebel positions and villages. This led to a decreasing availability of the MiG-23BN and Su-22 fleet, which in turn aregrounded for weeks at a time to allow for some much needed maintenance for certain airframes, their role being temporarily taken over by fighters such as the MiG-23MF, MiG-23ML(D) and MiG-29.

The fate of Iran’s Su-22s was also sealed in the meantime: The fleet was to join the Aerospace Wing of the Revolutionary Guards (IRGCASF) instead of the IRIAF. At least six Iranian pilots were subsequently converted to the Su-22 in Syria, and later sent to Belarus for further training on simulators in preparation of the introduction of the Su-22. The programme took a surprising turn after it was suddenly cancelled several months ago, and on the direct order of Khamenei, the ten Su-22s were put onboard Il-76s and flown to Syria. By this time, only the Su-22’s fuselages had been completely overhauled, and once arrived in Syria, the SyAAF completed the process.

The first of these new Su-22s was spotted while bombing the town of Talbeesa, Homs Governorate, on the 9th of March 2015. The title of the video claims ”New type of warplanes bombing Talbeesa in Homs”. The aircraft donned a new camouflage scheme that appears to have been applied recently, and although it has not been seen on Syrian Su-22s in the past, it bears some resemblance to that of the SyAAF’s overhauled L-39s.

The sighting of the aircraft comes amidst a series of discoveries about Iran’s increasing military presence and exports in Yemen, Sudan, Libya, Iraq and of course Syria, and follows a widely covered exercise in which a mock-up aircraft carrier was destroyed by anti-ship missiles and fast attack craft.

The continued stream of military support to Syria shows the extent of the Iranian determination in their effort to support the Syrian regime, and once again shows how far the conflict is from finally reaching a conclusion.

Special thanks to Tom Cooper and ACIG.