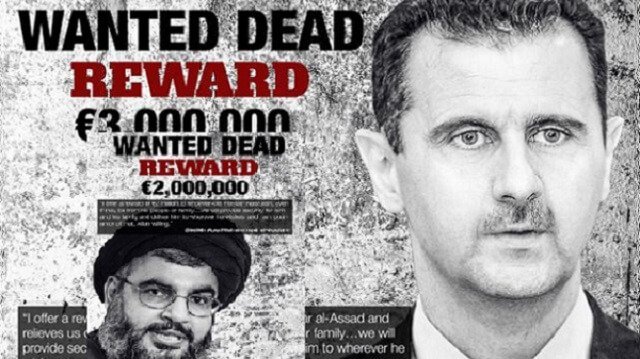 October 29, 2015 3:12 pm 0
Syria Is Far More Chaotic With Assad Than Without Him
Did Biden, Panetta, Kerry, Denilon, Brennan, and Holder Argue Against Helping Syrian Opposition?
The price of powerlessness

How could anyone trust John Kerry to negotiate with the Iranians after his disastrous debut with the Iran Deal? Iran will force an Iran Deal-like on Kerry to save Assad with a willing Kerry.

Key nations backing Syria’s warring sides will seek to thrash out differences at talks Thursday as Iran readies to make its debut at international negotiations on ending the four-year conflict.

Russia, the United States, Saudi Arabia and Turkey, the four major powers meeting in Vienna, support opposite sides in a war the U.S.’s top diplomat has described as “hell”.

The conflict, which has claimed around 300,000 lives, showed no signs of abating as Russia apparently carried out its first strikes in Syria’s south.

It is the second round of talks in less than a week between Russia — a supporter of Syria’s psychopath Baschar al-Assad — and the United States, Saudi Arabia and Turkey, which all back rebel groups.

“The only solution for finding an end to the Syrian crisis is to put as many parties as possible around the table,” a senior European diplomat said.

“In doing that, the opening of negotiations — even if it’s just a start — is a good thing.”

Was the Iran Deal a good thing for America? Iran will force an Iran Deal-like on Kerry to save Assad with a willing Kerry.

The gathering comes ahead of a wider pivotal meeting of regional players on Friday when Iranian Foreign Minister Mohammad Javad Zarif will join representatives from Britain, Egypt, France, Germany, Italy, Lebanon and the European Union.

It will be the first time the major players in the conflict are in the same room but there has been no mention of either the Syrian government or the opposition joining.

The inclusion of Iran — another key Assad backer — in this week’s meetings marks a crucial shift after Tehran was excluded from earlier talks, mainly because of opposition from Washington and Riyadh.

U.S. Secretary of State John Kerry, who arrived in Vienna early on Thursday, cautioned that this week’s talks would not secure an immediate political solution, but represented the best hope available.

“While finding a way forward on Syria will not be easy — it’s not going to be automatic — it is the most promising opportunity for a political opening we have seen,” Kerry said just before he set off for Austria. Do you smell a total surrender a la Iran Deal?

“The challenge that we face in Syria today is nothing less than to chart a course out of hell,” he added.

Did Pompeo Capitulate to Russian Demands on Syria?
Will Assad Ever Stop Gassing His Own People?
Seven years on, the West should stop feigning heartbreak over Syria
Western Appeasement 483