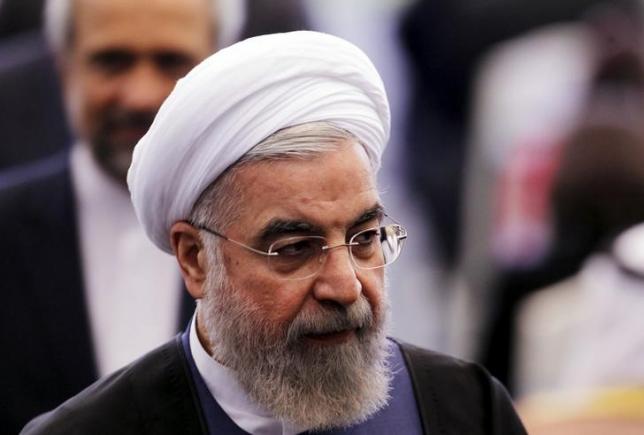 Iran Vows to Back Assad

June 2, 2015 8:44 am 0
Iran is a Religion and not a Country
Orchestral Syrian War Producing an Immoral Symphony
Khamenei to Falafel: Welcome to Islamic Iranium

In light of the reports being circulated about Russia abandoning Assad, Iran stepped up to the plate to express its intentions to back Syria’s Assad until the end, Iranian news agencies quoted Hassan Rouhani as saying.

Syria’s military is under some of the toughest pressure it has faced in the four-year conflict. Last month, Islamic State forces seized control of the ancient city of Palmyra in central Syria, which sits on major roads leading to Homs and the capital Damascus.

“Tehran has not forgotten its moral obligations to Syria and will continue to provide help and support on its own terms to the government and nation of Syria.”

The visit by speaker Mohammad al-Laham is the latest in a series of high-level visits between Damascus and Tehran, reflecting close coordination as the pressure on Assad has mounted.

Shi’ite power Iran has backed Assad and his father since long before an uprising in 2011, which grew into a civil war along sectarian lines after government forces cracked down on initially peaceful protests against Assad.

As Sunni jihadist factions have become more prominent in the conflict, Assad’s government and Iran have portrayed the Syrian opposition as terrorists backed by regional Sunni countries.

“Unfortunately some countries in the region have miscalculated and think they can use terrorist groups to pursue their goals, but sooner or later terrorism will be upon them,” Rouhani said.

Government forces and allied militia also last week lost control of most of the northwestern province of Idlib to a range of insurgent factions including al Qaeda’s Syria wing.

Latakia is home to many members of the Alawite minority, an offshoot of Shi’ite Islam to which Assad and much of the ruling elite belong.

Time for Saudi Arabia to step up as well by backing the rebels to win the war against Assad.

Iran Vows to Back Assad