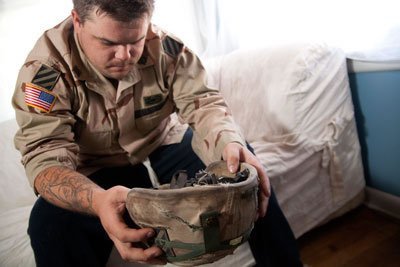 When U.S. troops in Iraq were subjected to Iranian terror, via al-Qaeda proxies among the Sunnis of Iraqi Anbar Province, the Bush Administration, through intelligent design, allied itself with 30 Sunni tribes (Anbar Awakening) to defeat al-Qaeda.

After al-Maliki, an Iranian puppet, ostracized Sunni leaders and army commanders from his government, the Sunni tribes revolted, which permitted ISIS to take a foothold in Anbar. This has invited the U.S. to strike ISIS in Iraq in a limited fashion.

Between both cases, there is a rapport between Iran and US boots on the ground in the Middle East. The terror and interference of Iran invites terror across the board, which invites American intervention. If U.S. boots play a role in the region, we suffer from Iranian terror, and if U.S. boots are not, Iranian behavior pressures us back into the region.

We call this phenomenon the Iran-US boots rapport.

If Obama, the least interventionist U.S. President ever is back in Iraq to strik ISIS, it goes to show you the impact of Iranian behavior and the Iran-US boots rapport we can no longer afford to ignore.

For the U.S. President to assume Iran is about to change its behavior because of his Iran deal when, with or without U.S. troops presence in the region, the Mullahs have demonstrated a discernible incapacity not to follow their violent instincts, shows just how little Barack Obama understands Iran or the ugly players in its theater.

Iran-US boots rapport is even clearer after the U.S. exited Iraq.

There are those who claim the Obama-Iran deal is engineered to peel the U.S. away from any further future conflicts. If ISIS confirms anything of value, it confirms the fallacy of such thinking. It is all about the behavior of Iran that no deal would transform unless the men behind the deal have different perspectives about their role in the region. The zealots in Tehran are no such men.

The Iran-US boots rapport has been mostly ignored by the media. They see Obama committing grave mistakes, but are unwilling to criticize an African-American President for fear from social labels and fears of political correctness.

With a song and a prayer, everyone who counts is waiting for his term to end to start the real work of fixing the huge problems the next president would inherit.