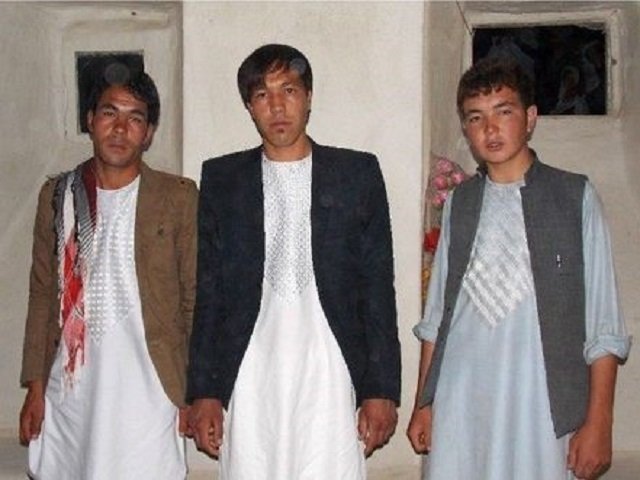 Iran’s Revolutionary Guards has recruited thousands of Afghans, some by coercion, to fight in Syria’s war alongside forces loyal to the psychopath Baschar al-Assad, Human Rights Watch said Friday. Iran threatens Afghans to fight in Syria.

Iran has not just offered Afghan refugees and migrants incentives to fight in Syria, but several said they were threatened with deportation back to Afghanistan unless they did. Faced with this bleak choice, some of these Afghan men and boys fled Iran for Europe.

Shiite Iran is a staunch supporter of Assad and provides financial and military support to his regime.

Tehran says its Fatemiyoun Brigade, comprised of Afghan recruits, are volunteers to defend sacred Shiite sites in Syria and Iraq against Sunni extremists like those of the Islamic State group.

The brigade, which is backed by the powerful Revolutionary Guards, is named after the daughter of the Prophet Mohammed whose mausoleum near Damascus is venerated by Shiites.

But some reports say the Afghans have been offered residency and a monthly salary to fight for Iran.

The Islamic republic denies having any boots on the ground and insists its commanders and generals act as “military advisers” in Syria and Iraq.

However, funerals are regularly held across Iran for “volunteer” fighters from Iran, Afghanistan, and sometimes Pakistan.

Iran hosts an estimated three million Afghans, many of whom have fled persecution and repeated bouts of armed conflict in their homeland, said HRW.

Only 950,000 have refugee status in Iran and the rest have been deemed unqualified for asylum.

At least two dozen Afghans interviewed by the watchdog said they or their relatives had been recruited or coerced by the Iranian authorities to fight in Syria.

Six of them said Iranian forces had trained them or their relatives in military camps near Tehran and Shiraz in 2015.

Two of the six had joined voluntarily, while the other four said they or their relatives had been coerced or forced to fight.

Afghans were fighting in many areas of Syria, including Damascus, Aleppo, Homs, Deir Ezzor, Hama, Latakia, and in areas near the Syrian border with the Israeli-occupied Golan Heights, they said.