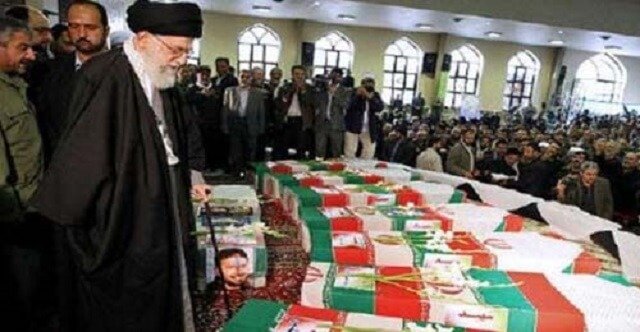 How forgiving to our worst enemies our leaders could be. When the United States helped the Iraqi people dispense of their ruthless ruler Saddam Hussein, Iran paid our American soldiers their weight worth of deadly IED’s. I say, Iran occupying Syria mirror pay price America paid in Iraq.

Our military believes that up to 500 American soldiers died as a result of Iranian attacks. The other 3,900 were killed by al-Qaeda affiliates in Iraq who had easy access, as if by magic, to Iranian-made IED’s. Iranian terror against our soldiers caused havoc in our political system at home that many still use to divide us (Are you listening Nancy Pelosi?).

Yet, two successive presidents seem to have forgotten the families of our fallen ones. None more so than Barack Obama whose dislike for our military was an open secret in Washington D.C. What a disaster that president was.

Our next president, Donald Trump, is being investigated more closely than Al Capone ever was. Set aside whether he colluded or not with Russia, Trump’s powers have been hijacked by the Democrats. The man is under a mental siege like no other president has ever experienced by his own peers with the media fully participant in his demise. How can he concentrate on governing when everyone in Washington is imagining him fall, in slow motion, from the rooftop of the White House?

Donald Trump cannot, even if he wanted to, make Iran pay the price for occupying Syria the same way Iran made America pay a steep price for outing Saddam Hussein. Thank those Obama Democrats totally in cohort with his appeasement policies as they conspire to bring a duly elected president down.

However, I see this as an opportunity, not a handicap.

Trump has been touting trade imbalance, building a wall on the borders with Mexico, bringing more jobs to Americans, etc. But none has peeled the Democrats, leading the charge is none other than Barack Obama, from their Trump obsession.

When ISIS killed savagely four civilian Americans (James Foley, Steven Sotloff, Peter Kassig, and Kayla Mueller), we disseminated them through sheer air power. When Iran killed hundreds of our own soldiers, which started some 15 years ago, we have been hiding in our barracks and hangers ever since. What gives? Where is our brave military to show the world that our courageous soldiers are not expendable, nor forgotten.

I say Donald Trump should rally the American people behind dislodging Iran from Syria while pointing the fingers at Barack Obama who gave them one free pass after another laden with billions in cash. I say we showcase our military prowess against Iran in Syria the first opportunity we get, and then we use the occasion to rally the American people to show pride in their own country, not kneel and beg like Barack obama has done. I say it’s time Iran occupying Syria mirror pay price America paid in Iraq.

Let those bastards rot in hell for massacring our own sons and daughters.