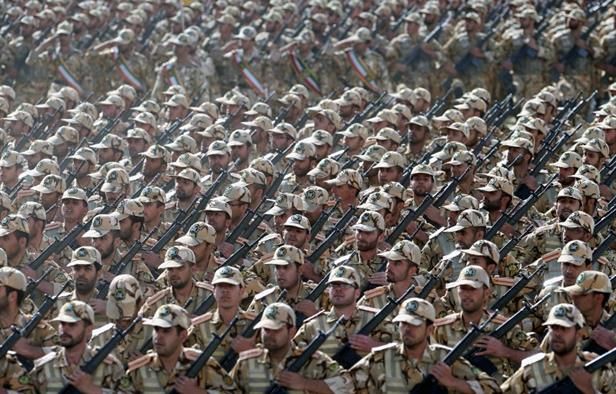 June 1, 2015 6:33 pm 0
Zabadani Is Divulging Hezbollah’s Military Tactics
Syria Will Bury Khamenei Yet
Is the US now a proxy of Iran?

The mission of the Iranian soldiers would be to ensure Syria’s coastal region is not cut off from Damascus.

An influential Iranian militant group thought to be close to the country’s rulers has called for tens of thousands of infantrymen to be sent to Syria, according to a report by Saudi-owned news channel Al-Arabiya.

Ansar e-Hezbollah’s study comes as the Syrian government has faced serious military setbacks, losing the Idlib province last week following months of sweeping rebel advances, as well as the desert town of Palmyra, which was stormed by ISIS on May 20.

Reports have emerged that the regime is moving toward considering a change in strategy to withdraw its forces to protect core government-held areas stretching from Syria’s coast through Homs down to Damascus.

The new policy would serve as a reversal of Assad’s strategy of deploying the army in all areas of Syria, including in bases and other surrounded regime-controlled areas in the east and north of the country, where ISIS now controls 50% of Syria’s territory.

Reports emerged last week that the Syrian regime has been preparing a military evacuation from Deir Ezzor after ISIS’ victory in Palmyra cut ground routes to the besieged city.

Meanwhile, an unnamed government figure told the agency that “the division of Syria is inevitable. The regime wants to control the coast, the two central cities of Hama and Homs, and the capital Damascus.”

Saving Assad will come back to haunt us one day
Iranians Dial Up Presence in Syria
Are Assad and Hezbollah Terrorizing Lebanon Again?
Syria 450