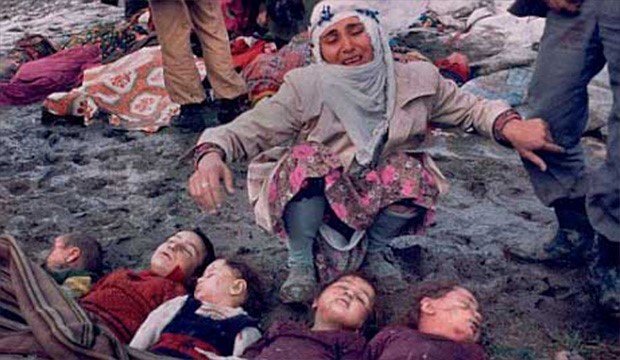 In Syria, Signs of Civilian Massacre

The chain of events that led to one of the Syrian war’s worst mass killings started when government forces came to this village and arrested Hassan Othman on charges of instigating rebellion.

Mr. Othman, a 31-year-old with a wife and two children, was severely tortured, according to a cousin’s account. He confessed to Syrian authorities that rebels secretly operating in Bayda had hidden arms there, say residents, local security officials and opposition activists.

Within days, Syrian forces had shelled and swept this village and a nearby area in an offensive that left some 300 people dead, most of them civilians, according to residents, activists and rights groups. The campaign, many of these people said, exemplified the scorched-earth counterinsurgency strategy employed by the embattled Damascus government.

The push in the two locations, which took place on May 2 and 3, was aimed not only at wiping out opposition fighters, but also at compelling civilians to renounce rebels and deny them sanctuary, according to accounts offered to The Wall Street Journal by more than a dozen residents remaining in Bayda and Ras al-Nabie, a neighborhood of the nearby city of Baniyas, in Tartus province.

The bulk of the slaughters in the two areas—Sunni Muslim enclaves within a coastal zone largely populated with Alawites loyal to  [Psychopath] Bashar al-Assad—came at the hands of pro-government Alawite militias that fought alongside regime troops, these people said. As many as half of the victims were women and children, they said. Videos that opposition activists said were shot two days afterward showed what appeared to be the corpse of a baby with burned legs, amid the bloodied bodies of a man and children.

Syria’s government acknowledged its offensives on the two areas. State television later showed footage of dead men with gunshot wounds to the head. But the government said that its forces had responded to ambushes by rebels, and that the forces had killed only terrorists.

Syria’s government also strenuously denies it has embarked on scorched-earth campaigns. Civilians may have been killed by rebels or in the crossfire, said Ali Haidar,minister of state for national reconciliation affairs. Conceding that “mistakes” may have been committed, he said a government committee is investigating. But he also said the government was forced to act to deny rebels a foothold in a part of Syria considered the heartland of the Alawites, a group that makes up the core of President Assad’s regime, and the country’s only access to the sea.

“The state has the right to do so,” he said. “This is a very sensitive area and the highway could be disrupted.”

Officials have also pointed toward what they say are atrocities by Syrian rebels. On July 21, rebels executed 123 people—most of them government soldiers—after capturing the town of Khan al-Assal in northern Syria, according to the government. Rebels affiliated with Islamist factions, including the al Qaeda-linked Jabhat al-Nusra, claimed responsibility for the slayings.

On a recent visit, Bayda and Ras al-Nabie, the sites of the early May killings, bore scars of attacks and of residents’ flight.

In Bayda, the interiors of many homes appeared to have been set ablaze. A trail of items leading from one abandoned home—a tablecloth, children’s slippers, a smashed clock—spoke to residents’ hasty exits.A sweatshirt still hung on a washing line. The outside wall of one building was caked with blood.

Baniyas, Bayda and a few other conservative Sunni Muslim enclaves in the region were among the first areas to rise up in mid-March 2011. By May 2011, the government had subdued the area with a military operation and activist arrests.

But rebels continued to operate secretly in parts of Baniyas, despite many residents’ fears of stirring the regime’s wrath. “It’s like inviting a bear to your garden,” said Ahmed Bayasi, a selectman from Bayda, who said he had unsuccessfully pressed regime opponents to cease their activities.

One youth opposition activist from Baniyas, who is now based in Turkey, characterized rebels and activists operating clandestinely around Bayda as “amateurs.” Mr. Othman, the young man whose arrest triggered the raid on Bayda, was “reckless in his work” in a way that let security forces monitor him, said this activist, who identified himself only by his first name, Ahmed.

Another activist said Mr. Othman was focused on encouraging government soldiers to defect and securing safe passage for those who do. Mr. Othman remains in prison. The cousin’s description of Mr. Othman’s detention was based on accounts by Mr. Othman’s father and brother, who were arrested at the time but were later freed, he said.

The latest hostilities began early May 2, when government security forces went to Bayda to seize the arms cache allegedly cited by Mr. Othman. When the regime forces got there, rebel soldiers ambushed them at the village entrance—killing nine soldiers, including officers, according to local officials.

Residents braced for the worst.

The events of the next few hours are disputed. Some residents who described themselves as regime opponents said the rebels fled immediately. But Mr. Bayasi, the selectman, said that before rebels left, they executed several residents they viewed as regime appeasers. Those killed, he said, included his cousin, Omar Bayasi, an imam who had been a member of a government-sponsored reconciliation committee in Tartus province, as well as the cousin’s wife and son.

A similar siege and killing spree took place the next day in Ras al-Nabie, about 7 miles away. It was launched after rebels shot at a government checkpoint stationed on a nearby highway overpass bridge, according to residents, opposition activists and security officials.

Residents of Ras al-Nabie said the siege left more than 100 people dead. The Syrian Observatory for Human Rights, a U.K.-based opposition group, placed the toll at nearly 145 people, almost half of them women, children and teenagers. The group, which based its count on interviews with survivors, said the attack was linked to the assault on Bayda.

Abdel-Halim al-Shogri, an imam in Bayda who was tasked by the government with counting the village’s dead, said he tallied 139 bodies from the May 2 assault, including one found in mid-June in a nearby orchard. He said 31 bodies were so severely burned that they couldn’t be identified. Other residents said they took his tally as fact.

Mr. Shogri also said the assault on Bayda happened right after the rebel ambush of the security forces. But like many others, he refused to apportion blame.

“People indoors did not know what was going on outside, they just heard gunfire,” he said. “But the massacre happened: slaughter, killing and shooting. I removed 14 women and children from one home drowning in a pool of blood.”

The United Nations Independent International Commission of Inquiry on Syria, which was established by the U.N. Human Rights Council in 2011, is investigating the Baniyas killings, according to a spokesman. Its findings will be part of a report due in September.

In the wake of the killings, few of Bayda’s 6,000 residents remain. “Nobody dares utter a word here,” said an elderly man seated with a handful of other men in the village square.

Those who speak are cautious in apportioning blame. Mr. Bayasi, the selectman, said the regime’s actions in Baniyas were justified. “When you shoot at the state, it won’t have mercy on you because it wants to impose its authority,” he says.

On a recent day, Bashar Hajj-Ali, 30 years old, made his way through checkpoints and past security officers to visit his home in Ras al-Nabie, accompanied by his aunt, to salvage belongings. His modest house had been reduced to incinerated walls and debris-strewn floors. The stench of rotten meat emanated from a broken refrigerator.

Mr. Hajj-Ali recalled that he left the house on May 2 to visit his grandfather in another part of Baniyas. The next day, he said, gunmen stormed into his family home and rounded up his father, two brothers, a brother-in-law and a cousin. Their bloated bodies were among dozens found on the neighborhood’s streets a few days later, according to Mr. Hajj-Ali and his aunt. He said he was the only man in his family left alive.

Speaking as Syrian security force members stood outside the house, Mr. Hajj-Ali and his aunt declined to say who they believed the perpetrators were.

The aunt, who identified herself by her first name, Khadija, said: “May God punish them whoever they are.”

Killings in the area have continued among the few who have ventured back. On July 20, members of a pro-regime paramilitary group, known as the National Defense Force, raided Bayda and killed two men linked to the rebels, said activists and a local official. The next day, militia members returned and attacked the home of a family known for its sympathies to the rebels, these people said. Fourteen people were killed, they said, most of them women and children.

In Syria, Signs of Civilian Massacre

Salute the Alawites Revolting Against Assad
What Have the Sunnis of Syria Done to Deserve Ethnic Cleansing?
Which is Worse: Those who Permit Violence or Those Who Refuse to Stop it?
Assad Genocide 425