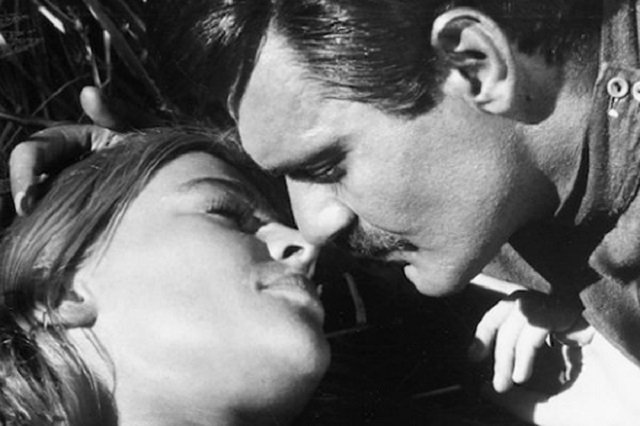 In Memory of Omar Sharif

Who could forget the roles he played in Arab movies and award-winning classics such as Lawrence of Arabia and Doctor Zhivago? He will be sorely missed.

The L.A. Times told us a bit about him very few people knew:

“Sharif was born Michael Chalhoub in Alexandria, Egypt, on April 10, 1932. His Syrian-Lebanese parents were wealthy and connected. His father was a timber merchant, and his mother played cards with Egypt’s King Farouk, a friend.”

“Raised as a Catholic, Sharif became a Muslim and changed his name at 21 when he married Faten Hamama, an actress known as Egypt’s movie queen, in 1955.”

“He said he chose Omar for Gen. Omar Bradley and Sharif because he thought it would be easy for Westerners to pronounce.”

Omar Sharif loved one woman all his life, his wife the famous Egyptian actress Faten Hamama. He converted to Islam just so they could marry. They divorced in 1974, and he never re-married again.

They have one son named Tarek.

Omar suffered from Alzheimer over the last three years.

We will miss you dearly Omar.

Here is a clip from Doctor Zhivago to remember him again.

In Memory of Omar Sharif