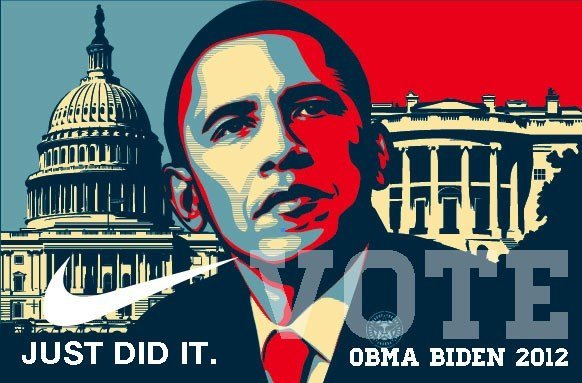 November 7, 2014 8:13 am 0
Cauldron of Blood
Tit-less old cow and its excessive burden
It is unconscionable to strike grain silos in northern Syria

Those who watched, over the last six years, this country go down the worst path since the Jimmy Carter era, today you find yourself rejoiced.

Those who watched an arrogant and selfish president ram down our throats his Salafist policies (Sorry leftist policies), today you find yourself vindicated over his immeasurable repudiation.

To the rest of you, I say you gave us Obama and we ought to spank you senseless.

If you are an Independent and you voted for Barack Obama in 2012, I have nothing to say to you. I hope you are paying 10 times your old insurance premium. I hope you realize that every time you watch mainstream cable news shows, you consider it an invisible tax drawn from your wallet. Those rascals pushed for Obama and Obama chomped at your paycheck with his ObamaCare. Next time, let their legs vibrate and you safeguard your wallet.

If you are Millennials, who voted for Barack Obama, but now are escaping his crater in droves, America welcomes you. Your accelerated maturity will serve our country well in 2016.

However, never be allured by smooth talkers with no experience. Running our super complicated and hard to govern country requires truly special persons; and certainly, do not vote for someone solely based on ethnicity, gender, or race. As the Japanese say, “If you want to know a man, know his friends”. Any candidate you vote for, you are voting for your own future wellness.

To those who voted for Barack Obama, and are suffering from economic hardship, next time check a candidate understanding of basic math. Obama lost his seventh grade onward.

To the African-Americans who voted for Barack Obama and still would vote for him today, America needs you to come to your senses quickly. He ain’t the great Martin Luther King.

To the willing Democrats who salivated over the Obama, Reid, and Pelosi far left agenda, expect 2016 to be a slaughter. We are all responsible for our choices, spin or no spin. You really deserve Obama.

To the unwilling Democrats who were swept by the Obama Ebola fever of 2008, work with the GOP to serve your country. Show the American people the far left is dead. Isolate Barack “wrecking ball” Obama before he crushes you too.

To Valerie Jarrett whose voice is the last Obama listens to, I hope you find a new modest job in 2017 that fits your size. Not waist. Brain.

To all Golf course clubs, feel free to bar Obama. Maybe he will pay more attention to the country. Maybe for every minute Obama is off the Golf course, 1000 Americans will find jobs.

I am so much looking forward to the smooth cooperation between the Executive and the Legislative branches of our Government. Ouch!