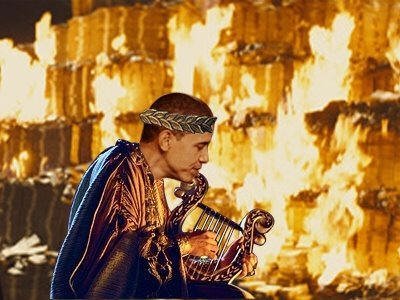 I Came I Saw I Ran Away

February 12, 2013 9:59 am 6
Time to Indict Assad of War Crimes in Absentia
Big Payday for Trump after Presidency
Syrians to Defend Against Assad SCUDS with Heinz Ketchup Bottles

In the words of Julius Caesar, who came, saw, and conquered; Obama, on the other hand, must have said, watching Iran burn the Middle East: I came I saw I ran away.

Many Syrians like myself are wary of the new Syria rising having learned from the Iranian Revolution that change could sometime be as bad, or much worse, than its replacement.

I recall how the Shah of Iran yielded to Khomeini and US pressure because he did not want to take part in massacring his own people (Iranians should be so grateful to the Shah after watching what Assad did to our people), Syrians have no such luck with Assad butchering tens of thousands.

The first was to control the infamous al-Furat dam on the Euphrates, a symbol of an era when Soviet engineers helped their proxies showcase their powerful ties to an evil empire.

The second, even more important from a military strategic point of view, is capturing al-Jarrah military airfield in Aleppo Province that was used heavily to supply the air attacks Assad carried out indiscriminately against civilians and fighters alike.

Whom do we thank? President Obama who came, saw, and ran away.

We also should be wary of how Obama’s policy made Syria look like Iran 1979 with the exception that the Islamists have two enemies to settle their scores with? Both represented by the Syrian minorities and the United States of America.

President Obama learned nothing from President Carter who let Iran drift away from the US orbit.

Carter had the US hostages as reason enough to intervene, but did not; Obama, on the other hand, has every reason to intervene on a humanitarian level and on the predicament that Syria will be far more dangerous to US interests in the hands of Islamic extremists, but chose to run away.

One came, saw, and could not.

The other came, saw, and ran away.

I Came I Saw I Ran Away