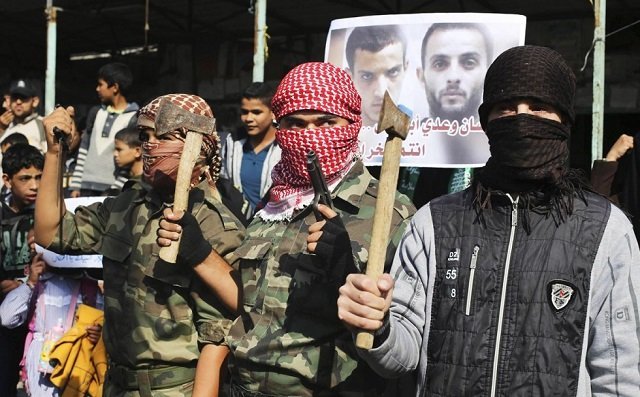 TFS Note: Arab-Americans feel the same way. We are eternally thankful for this nation of ours that gave us refuge, security, and hope for a better future. Imagine, for example, what would have happened to Syrian-Americans who did not take refuge in this welcoming country. They would have perished either from ISIS beheadings or Assad barrel bombs. Thank you America.

Source: Times of Israel – by Fred Maroun (I am embarrassed to be an Arab)

I have long resisted saying this, but the ongoing Arab violence in Jerusalem has pushed Arab idiocy beyond my capacity for tolerance.  I now need to say it and to say it publicly: I am embarrassed to be an Arab.

From the start, we have refused to accept the existence of one tiny Jewish state.  We fought that state tooth and nail using all the venom and anti-Semitism that we could muster.  We isolated and mistreatedour own Palestinian siblings so we could use them as tools against the Jews. We have not relented.  We have not shown an ounce of compassion, humanity, or even smarts.  We made the destruction of the Jewish home our signature cause.  We made hate our religion.  When will this nonsense stop?

Even some of us Arabs who have the privilege of also being Israeli have not learned to behave like civilized people.  We dismissed,threatened, and silenced Mohammad Zoabi, one of our own, because he dared profess love for his country and revulsion towards terrorists.  We have demonstrated in support, not of our own state, Israel, but in support of the terrorists who want her destroyed.

Those of us who are able to accept Jews as the brothers and sisters that they are, are few and far between.  I can count on the fingers of my hands the honorable Arabs who take such a stand publicly.  The rest of us are an embarrassment, the plague of the Middle East, and a blotch on humanity.

We created Hezbollah, Hamas, Al Qaeda, Daesh, and scores of other terrorist groups.  We also created generations of tyrannical dictatorships across the Middle East.  Some of those dictatorships are the best we can show for in a world that sees us as leeches incapable of building democracies or even economies.

Jerusalem belongs to the Jews, not only because it is rightfully theirs, but also because we don’t deserve any of it.  Those of us Arabs who live in Israel, the West Bank, and Gaza, would long ago have been deported if Jews behaved like us.  Yet we keep pushing and pushing, hoping to break them.

The Jews will not break.  They will not break in Jerusalem or anywhere else because they are much better than us.  We will continue to wallow in our own victimhood complex while the Jews thrive, and this, my fellow Arabs, is all that we deserve.