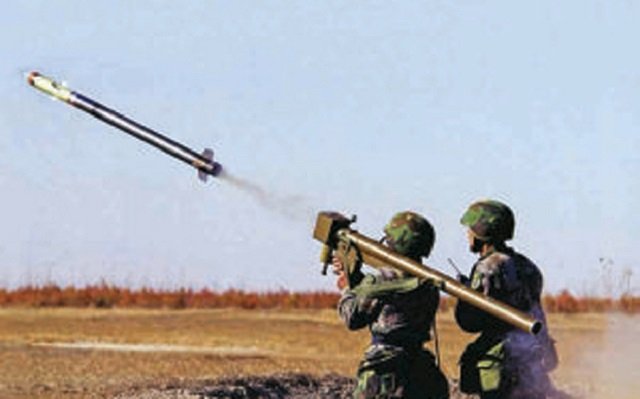 How Will Saudi Arabia Respond to Russian Invasion of Syria?

September 10, 2015 7:05 am 0
The United Nations Must Condemn Russian Atrocities in Syria
With Russian Withdrawal, Damascus is Shaking in Its Boots
Islamic Terror Strikes Innocent Russian Civilians

Smart Saudis know that if Syria falls, Iran will start destabilizing Saudi Arabia. The corrupt vice-president of Iraq, Nouri al-Maliki, gave us a hint two months ago when he expressed to the world that Saudi Arabia should come ‘under international trusteeship’.

What he really meant was ‘Iranian trusteeship’.

In light of the danger Iran poses for the Saudis and the new Russian invasion of Syria, it is fair to ask how will Saudi Arabia respond to this challenge.

What might the Saudis do to mitigate the risks an Iran winning in Syria might pose to their country because of the Russian invasion of Syria? Will the Saudis and the Turks increase their support by dispatching anti-aircraft sophisticated weapons, or will Saudi Arabia begin recruiting Sunnis on behalf of the rebels to send Russian troops back home in body bags?

Will Saudi Arabia play its oil card further now that high driving season is over and it is far easier to glut the market? According to Knoema Research, “world oil price at $55-$60 / barrel exceeds the cost of Russian Arctic oil production”. Western experts say that Saudi production costs average $10-$20 a barrel.

At $40 a barrel and a sovereign wealth fund of about $675 Billion to wait out profits, Saudi Arabia could punish Russia severely for Russian invasion of Syria. The mechanics are complicated because Russia will have to buy its oil, which will increase demand. thus prices. Saudi Arabia could punish Russian invasion of Syria only for a short period of time before the market glut is reduced enough to raise prices. Incidentally, Russian cost of arctic oil extraction is $120 per barrel.

As far as the U.S. is concerned, it is utterly hopeless. Our president will sit Syria out Russia or no Russia. When it is unimportant to Obama, he dispatches John Kerry to tackle the issue. On the Russian invasion of Syria, he dispatched Kerry to really scare the Russians.

Saudi Arabia is winning in Yemen and the Syrian rebels are winning in Syria. Until the Russian invasion of Syria to assist the Assad regime, which might tip the balance in favor of Assad. Saudi Arabia and Turkey will have to respond to this turn of events if both countries want to see Assad removed from power.

How Will Saudi Arabia Respond to Russian Invasion of Syria?