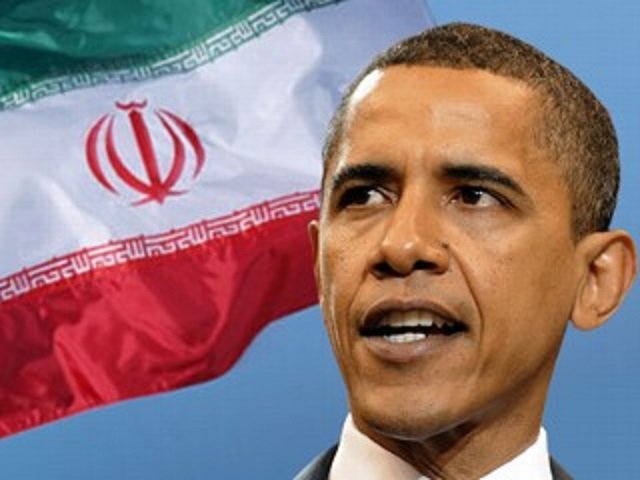 How Obama Is Selling Out the Middle East to Iran

A running theme of pro-Israel Democrats is that President Obama’s approach to achieving a nuclear deal with Iran is consistent with his “unshakable” support for the Jewish state. In that view, nothing that the administration has done undermines President Obama’s promise that “the United States will always have Israel’s back when it comes to Israel’s security.” However, when Israel’s security interests are considered in the context of the P5+1 deal with Iran, the president’s promise rings hollow. Even as Obama claimed the U.S. had Israel’s back, the administration was moving to sell out the region to Iran — and to prevent Jerusalem from doing anything that might disrupt the deal.

Because it repeatedly failed in negotiations, the administration was compelled to shift its policy from rolling back Iran’s nuclear program to managing its nuclear threshold status. Moreover, it became necessary for the U.S. to court Iran on the one hand, while alienating Israel on the other, to prevent Israel from building an effective case against the emerging terms of the deal.

By manufacturing a series of mini-crises, President Obama has created a justification for downgrading the U.S. relationship with Israel. The fissures between the two countries — which have resulted from a combination of national-security leaks and diplomatic strong-arming — have empowered the White House to arrest the flow of security cooperation with Israel and isolate it internationally.

The sensitive information released has not always pertained specifically to Iran, but the leaks generally disrupt Israel’s ability to act against what its government considers a bad deal. The same principle applies to the diplomatic pressure being exerted on Israel. Through thinly veiled threats indicating it could terminate or soften its defense of Israel at the United Nations, the Obama administration has sought to silence any criticism of the looming rapprochement with Iran.

As reports concerning the Stuxnet computer virus and other clandestine efforts confirm, Israel has done much to set back the Iranian nuclear program. Likewise, it was Israeli assets that originally detected several hidden elements of Iran’s nuclear program, the discovery of which helped galvanize the international community to focus on and eventually confront the growing threat.

Now, however, in its zeal to erode Israeli capabilities, the Obama administration has disseminated classified information about Israeli security policy, in instances both directly and indirectly related to Iran. Last year, for example, the administration leaked news of Israeli air and naval strikes on a shipment of advanced Russian anti-ship missiles to Syria. The leak not only undermined Israel’s ability to prevent the Iranian-sponsored Hezbollah from acquiring game-changing weapons; it also rendered ineffective Israel’s policy of plausible deniability, thus increasing the chances of a potential Syrian military response. Equally important, the leak weakened Israel’s ability to disrupt Iranian hedging on the P5+1 deal by bogging down the Israeli security establishment in an unnecessary quagmire with Syria.

With regards to clandestine Israeli efforts to counter Iran’s nuclear program, the Obama White House has acted in a particularly blunt fashion. Senior officials have accused Israel of spying on closed-door talks, stating that Israel acquired information from confidential U.S. briefings through informants and diplomatic contacts in Europe. But what really set off the administration, according to a report in the Wall Street Journal, is that Israel shared the alleged intelligence with U.S. lawmakers. Should Israel have waited for Iran to extract even more tangible, functionally irreversible concessions from the U.S. before it sought to pass along its intelligence findings to Congress?

As the P5+1 deal lurches clumsily yet decisively toward a deadline, the administration is likely to step up its leaks to the media of classified information regarding Israeli operational planning in order to hinder Israel’s ability to undermine the deal. Strategic dialogue and security cooperation, which are critical components for identifying elements of Iranian noncompliance in any deal, are therefore at risk, making the prospects of proliferation — and nuclear confrontation — more likely.

There have been growing demands for the Obama administration to justify its partial lifting of sanctions before Iran fully enters into and complies with a deal. More specifically, the administration has come under fire for allegedly agreeing to provide Iran what amounts to a $150 billion signing bonus, money which is likely to be spent rejuvenating the regime’s proxies in the region, particularly Hamas and Hezbollah, which are currently combating U.S. interests and allies, notably Israel.

The administration may attempt to distinguish between the political and military wings of Hamas/Hezbollah so as to be able to deny that the U.S. is funding terrorism.

The administration may attempt to distinguish between the political and military wings of Hamas/Hezbollah so as to be able to deny that the U.S. is funding terrorism. Don’t believe the administration would stoop to that? Consider its recent political appointment of Robert Malley, who evidently supports this policy. Malley, who reportedly met with Hamas while working in the private sector, was appointed Special Assistant to the President and White House Coordinator for the Middle East, North Africa, and the Gulf Region.

A U.S. policy aimed at opening up new relations with Hamas/Hezbollah would expose Israel to a heightened level of security risk and reduce room for achieving progress on the peace process. The high level of volatility in the Middle East has been exacerbated by Iran’s drive for regional hegemony. In these unstable conditions, no serious statesman could honestly expect Israel to pursue a permanent peace agreement with the Palestinians, particularly when their leadership has formal ties with those Iranian-funded terrorist organizations committed to Israel’s destruction.

Fully aware of the near-term impossibility of a permanent peace agreement, the Obama administration has nevertheless stoked political tensions, even arraying considerable forces against Prime Minister Netanyahu to achieve a strategic shift in power. In the run-up to the Israeli election in March, Tel Aviv was blanketed by political operatives dispatched by a new Israeli political group, V15, established with the sole intent of unseating Netanyahu. Prior to the election, a group called OneVoice, funded by the U.S. State Department, formed a partnership with V15. (The plan, of course, backfired.) The administration continued the pressure with its recent statement that it would “re-assess” its options — meaning it could withdraw its support for Israel at the United Nations.

American Jews, meanwhile, have traditionally demonstrated a strong commitment to Israel and to a just and lasting peace agreement between Israel and the Palestinians. But President Obama has publicly questioned this commitment to an Israeli–Palestinian peace agreement, which has helped sow discord within the American Jewish community — weakening its ability to oppose the Iran deal he wants.

The U.S. should be boosting Israel’s operational capabilities, not trying to diminish them. Otherwise, if it appears inevitable that Iran will become a nuclear power, the U.S. may find itself facing a new global order and balance of power, in which our friends no longer trust us and our allies look to other countries in the region for security commitments. The Middle East has suffered from six years of corrosive behavior on the part of the Obama administration. But the threat of regional chaos and a collapsing world order caused by Iran’s drive for hegemony has rendered moot the current calculations. U.S. neglect of or withdrawal from the region is simply not an option.

The 2016 election campaign should provide tactical opportunities for Democrats and Republicans, and liberal Jews and conservative Jews, to cooperate against Tehran. If nothing else, Congress should coalesce around a collection of new policies that would create space for Israel to carry out clandestine activities without unnecessary constraints.

Improving the stability of the Jewish state is a smart way to neutralize the principal threat, Iran, while maintaining the moral dimension of American foreign policy. Unfortunately, President Obama seems intent on doing the opposite.

— Joseph Raskas is a combat veteran of the Israel Defense Forces. He is currently a policy analyst for the Friends of Israel Initiative, founded by former Spanish prime minister José María Aznar.

How Obama Is Selling Out the Middle East to Iran