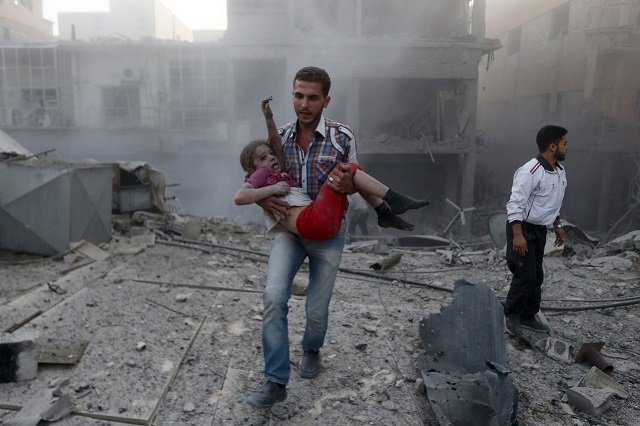 How Long Before Assad Sneaks Terrorists to Europe?

Too many people have been warning that welcoming the Syrian refugees in Europe is too risky because it may invite terrorists to sneak among the innocent civilians escaping legitimately the Assad and the ISIS terror.

How long before Assad sneaks terrorists to Europe? How long before Syrian families escaping genocide pay yet for Assad’s tactics and terror? How long before such information is used to further kill more civilians in Syria and en route out of Syria to justify the evil deeds of the Assad regime?

Assad forged ISIS, so how long before Assad sneaks terrorists to Europe is a question of time.

How long before Syrians stop becoming a propaganda football for everyone in this Syrian international civil war? How long before men of high morals stop using the Syrian refugees and their miseries as their propaganda tools? Have the Syrian people not suffered enough to become the targets of yet another campaign to stop them from reaching safety away from the Assad and the ISIS terror?

Syrians escaping the Assad terror and the Iranian ethnic cleansing are not terrorists. The terrorists and the Islamists stayed behind to fight. Using the Syrian refugees to accommodate a Russian or Iranian political arguments is not so far fetched. Sneaking terrorists into Europe will be the way to do it to further seek support for Assad.

On this side of the Atlantic, well-intentioned people are going to raise hell the moment a terrorist is captured trying to find his way into Europe. They will use this new piece of information the way Assad wants them to use it. We have seen this movie too many times in the past to think otherwise. Assad has survived on their imbecilic, knee-jerk reaction. Very few will see it as yet another Assad ruse to get the American people on his terrorist side.

So the question of how long before Assad sneaks terrorists to Europe? It won’t be long. Just watch and learn how the Assad regime operates.

How Long Before Assad Sneaks Terrorists to Europe?