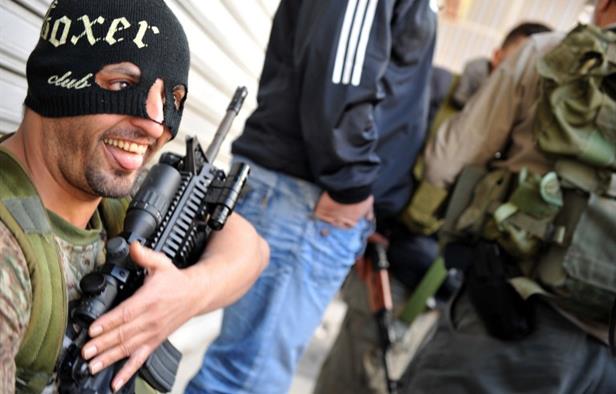 Mahdi Nazha, a Hezbollah gunman, made headlines last year after kidnapping a girl half his age from her east Lebanon schoolyard because he wanted to marry her.

This time around, during a fresh abduction, he shot the teen’s father on Saturday.

Lilian al-Houri’s father, Khaled, was shot along with another man after dropping his 17-year-old daughter off at a center to take her official exam in the northeastern town of Labweh.

Lilian is a Lebanese Christian.

Mahdi Nazha, in his thirties, and several Hezbollah gunmen followed the girl on the way to the testing center in two SUVs.

At the center, the Hezbollah gunmen fired in the air to disperse students who had gathered to take the exams. Nazha and other Hezbollah gunmen then ran toward the girl to tried to abduct her again, but they were thwarted by her father.

Another man intervened to help Houri prevent the kidnapping, which prompted Nazha and his Hezbollah gunmen to shoot them.

The Hezbollah gunmen fled, leaving the girl behind.

The source said Houri and the other man are in stable condition at a Baalbek hospital.

Police launched an investigation into the incident, but locals said Nazha would likely not be arrested because he had political cover, meaning Hezbollah’s terror and lawlessness back him, which means he is an untouchable.

This is why Nazha keeps trying to abduct this poor Christian girl. Hezbollah is not holding him accountable for his crimes and the central government in Lebanon is incapable of prosecuting any Hezbollah gunmen for fear of retribution.

Nazha last kidnapped the Christian girl in December and held her for about two weeks before releasing her under pressure from Lebanese security officials, not the Hezbollah lawless system.

This is how Hezbollah gunmen abduct Christian under-age girls in Lebanon and get away with it under the pretext they protect Christians.

The Daily Star contributed to this article.